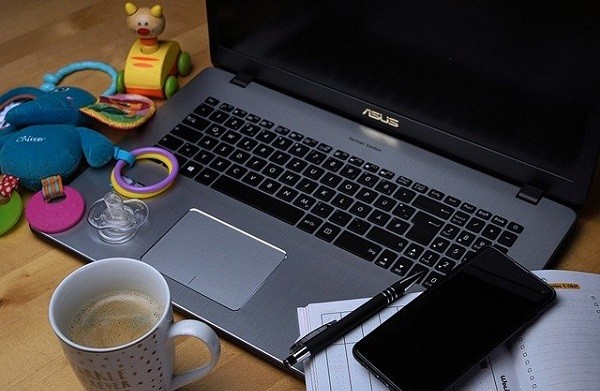 ‘As long as the work is delivered, you can do whatever you want’. This is the new mantra driving many team leads, and a certain indicator of work-life integration. HR professionals throw light on the shift from wary team leads to trusting managers.

In the wake of the nationwide lockdown, work officially barged into the home space. Many feared this was it. That with no clear boundaries between work hours and personal time, their lives would now be consumed by work. Instead, HR leaders have observed a beautiful amalgamation between the two that has, to their surprise, led to an increase in productivity, quality family and personal time, and respect for one’s time from oneself, one’s colleagues and family.

There was a time we heard the phrase work-life balance so much, that repetition diluted its meaning. HR professionals unanimously agree it was a flawed concept to begin with. “It’s a very demarcated way of looking at things,” says Ritu Moitra, chief human resources officer, Duroflex. “We aren’t robots to say ‘we’ll dedicate 8 hours to this, then another 8 hours to that’ and not have either overlap,” she adds.

Arun Krishnamurthy, head of HR, Barclays India concurs, “Work and life are certainly not compartmentalised boxes independent of each other.” Krishnamurthy prefers looking at it as achieving harmony, “Work can be as fulfilling, fun or dreadful as any other quadrant of life. The more you understand that, the more creative you can get in achieving greater harmony.”

Now, with work being done out of the home and there being no office to go to, the phrase work-life balance has been rendered redundant and is officially a thing of the past. Work-life integration is the new goal. Until last year, achieving work-life integration may have been a ‘trend’ to aspire to, but this year’s radical shift in work culture has made it a necessary goal.

Is work-life integration just a nice-sounding theory on paper or does it really live up in practice? Krishnamurthy’s journey with achieving this integration goes back to 2007. He illustrates, “I was working with Unilever in London when my son was really young. He had to be picked up from the nursery, which closed at 6 p.m. So I would leave work at 5, get to the nursery, pick him up, come home, give him something to eat and log back into work. By then, my wife would be back to take care of my son.”

Ability to efficiently attend to responsibilities of both work and of home is how these spheres of an individual’s life blend into one. “So, leaving work an hour early was not reduced hours. It was just work hours that got blended in with some personal needs,” explains Krishnamurthy.

Similarly, when he was concerned about being unable to make time for fitness, he took up running during lunchtime. “We went for a long run, came back, had a shower, got a quick lunch and then we were fresh for the second half of the day.” Before he knew it, the hobby turned into a passion. “It started off as trying to integrate fitness with work, which has now led to my passion of running half marathons.”

With commute to work and business travel out of the picture, it’s a huge chunk of precious time saved. “The couple of hours that I have saved on Mumbai commute is one of the biggest savings for me and now I have the freedom to choose how I want to use that extra time,” says Krishnamurthy. No commute has had another perk, says Moitra. “Now that people don’t have to struggle with traffic, it has increased productivity.”

The significant amount of unproductive time that was spent over smoke, coffee and longish lunch breaks, has also been freed up. Moitra believes that people have become more responsible with how they manage their time now that they are making the decisions. “Now that I know it’s my time, it depends on me how I schedule it. I know I have to deliver certain things and as soon as I do that, I can get into my personal life.” She says this has been empowering for many. “We can design our own lives now. Employees create their own work schedules, which has increased productivity.”

This year’s forced work-life integration has also led companies to meet the human being behind their workforce. “We are seeing our colleagues in various dimensions,” says Moitra, “It is the simple things, like seeing people in their home environments now, and in casual attire while connecting on video calls.” This has helped companies “finally accept an employee as a human,” notes Moitra.

Krishnamurthy adds, “A lot of our senior leadership was contributing much more towards the home. Therefore, we made a video that showed them sweeping, mopping, cooking and playing board games with their children. This helped us see them as simple individuals going about their daily lives like any of us.” 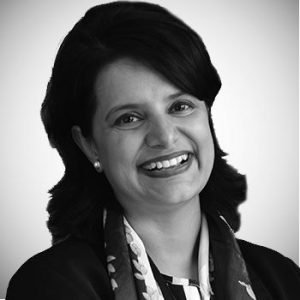 “We’ve mandated 30-minutes away from all technology and we encourage our colleagues to close work at a fixed time so they don’t have to work beyond the line of closing.”

HR leaders are also noting increased empathy and understanding, and seeing colleagues and team leads adapting to each other’s schedules. “Many people have become very flexible with their teams,” says Krishnamurthy, “In terms of how and when they interact with them, giving the choice while being clear, that at the end of the day the work needs to be delivered.”

It has been a gradual shift in trust, notes Krishnamurthy. “I’ve seen many leaders, who were earlier very hesitant about providing flexible work opportunities, now swearing by the very same thing! They’ve not just warmed up to the idea, but some have gone to the extent of saying ‘Why do we ever need people back in the physical office?’!”

Moitra agrees, “Earlier there was a lot of focus on leaves and attendance. You had to apply in advance, and even if you were going to be a few hours late you had to inform. Things, such as ‘in and out’ times, days off and pending leaves, were strictly monitored. Now, all of a sudden, those things are not even discussed. Some companies are not keeping that time sheet anymore. Now, you just know that someone may not be available in the first half because a child needs tutoring. People are also more comfortable sharing that they have to go fetch groceries or have something personal to attend to.”

With this practical application of work-life integration revealing so many advantages, companies too are helping employees achieve this harmony. The most significant training imparted is to respect the other’s time.

“Through regular trainings, we’re helping people blend in, making them conscious that their personal needs could be different from that of others, and being respectful of those,” says Krishnamurthy, “We’re also making policy changes to drive flexibility to a new level. We’ve made sure that people have access to both physical and mental healthcare, and we have self-help communities.”

“We aren’t robots to say ‘we’ll dedicate eight hours to this, then another eight to that’ and not have either overlap”

Mondelez India has amped up its internal trainings too. “We are training our leaders to be sensitive to the needs of colleagues,” says Mahalakshmi R, director-human resources, Mondelez India. The Company has introduced several initiatives, such as ‘do nothing days’, ‘line of closing’ and ‘digital detox’ that are practised by senior leadership in a bid to lead by example. “We’ve mandated 30-minutes away from all technology and we encourage our colleagues to close work at a fixed time so they don’t have to work beyond the line of closing,” explains Mahalakshmi.

While we have been speaking of the work side of things, work-life integration has led to another unexpected outcome. “The reverse has also happened, which is very important,” says Moitra, “Family members have started understanding the kind of demands your work puts on you. They are getting a first-hand experience of the company you work for, so there is more acceptance when your attention is being demanded by work.”

Moitra highlights another significant consequence. “The gender lines have vanished both at work and at home.” While men are contributing more at home, women no longer have to feel guilty about asking for time off from work for personal responsibilities. “Earlier, you had to really look for a reason to justify asking for time off, but now no questions are asked,” says Moitra.

Family members too are witnessing that the woman’s role in the workplace is no different from that of the man’s. “Take for instance, children. They see their mothers having an equally difficult time convincing or talking to clients — something they assumed only their dads had to go through.”

The loopholes in employee verification systems