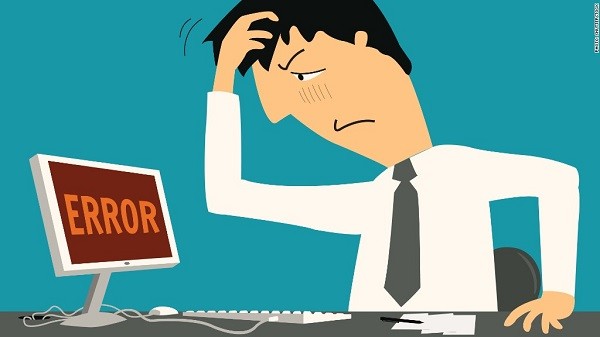 It is human to make mistakes, and leaders are also humans.

In any organisation, when a junior makes a mistake, the leaders take control and try to minimise the damage, but what happens when a leader makes a mistake? Sometimes it can be fatal.

From being one of the most celebrated brands to becoming the criticised one, Uber fell victim to leadership failure. With several issues pertaining to Travis Kalanick, CEO, Uber, doing the rounds, the final blow came when the video of Kalanick arguing with an Uber driver about a pay drop went viral. The ride-hailing company’s CEO released a statement on Uber’s website saying, “I must fundamentally change as a leader and grow up.” But for many Uber customers, the damage was immense. Even the heart-felt message failed to repair it.

Back home, people do blame the founder of Jet Airways, Naresh Goyal, for the debacle that the airline ended up facing. An insider says, “His decision to have a single management team, headed by he himself, running all of Jet’s operations was a grave mistake.” It’s also said that the Company’s leadership under Goyal lacked transparency and the ability to make the right decisions on investments, and therefore, failed to address its deteriorating financial condition.

Today, leaders should be careful at every possible step and take the employees with them, even if they make mistakes

In both cases, the leadership failed and their inability to take the right decisions had a gruesome effect. Kalanick, as a leader, was overly aggressive, while Goyal lacked transparency and failed to address the Company’s deteriorating financial conditions to boot.

The question is whether leaders can afford to make mistakes.

“We are operating in such a complex environment, where even the leaders with the highest intellectual abilities cannot always be correct,” says Biplob Banerjee, CHRO, Allied Blenders & Distillers.

Justifying his statement, Banerjee adds, “The intent of the leader should be to learn from those mistakes and ensure his entire team also learns from them. There has to be a context to this mistake and if it is appreciated and understood, then leaders can afford to make mistakes.”

We will be in great denial to believe that leaders are invincible. Leaders making mistakes is proof of their vulnerability, and to consider this as a strength should be a leader’s real approach.

Likewise, Rahul Taneja, CHRO, Jindal Steel & Power, believes that when leaders make mistakes with a harmless intention, then that action is nothing but an effort to bring about changes.

Taneja also agrees that the decisions taken by a leader have a larger impact in comparison to employees, whose circular influence is different. The ramifications are bigger and hence the accountability of those leaders is much more.

There are times when employees have faced a big screw-up or dealt with the repercussions of another’s error. It is interesting to know that even some of the richest people in the world have made costly errors, but have gone on to accomplish great things.

Taneja shares his experience from his previous organisation (read Jet Airways), where employees had to face the consequences of mismanagement by the leadership. He says, “People at the higher hierarchy levels lacked the decision-making abilities, and hence, the company had to suffer failure, which ultimately led to its non-existence.”

How should an employee behave?

After having faced the repercussions of a leader’s mistake, the decision on how to deal with the situation is left with an employee. It is all about whether a leader accepts his mistakes or tucks them under the table.

Showcasing both the worlds, Banerjee says, “It depends on the culture of the organisation. There are companies where leaders make mistakes and are honest enough to admit it. This opens the door towards learning for an employee.”

Banerjee also believes that there is a different side to this picture. “A culture where leaders try to cover up their mistakes or, perhaps try to blame them on the employees, creates a situation where employees tend to lose respect for their leaders,” explains Banerjee.

Employees have several responsibilities, and are also required to make decisions founded on wisdom and clarity of thought.

Based on this aspect, Taneja mentions that employees should find out whether the mistake was due to carelessness, callousness, lack of understanding, unpreparedness, or whether it was purposeful. He says, “Employees need to be able to decipher the factors which led to the unfavourable outcome.”

Taneja also believes that sometimes being politically correct and keeping quiet is not a good idea. If any mistake in the company goes unnoticed, employees should reach out to the person who is at the helm of the organisation.

Banerjee agrees saying, “If leaders, after committing the mistake, try to act smart, then employees should be unforgiving and speak about it openly at the workplace.”

As the consequences can be disastrous for a company’s reputation, Banerjee feels that employees should not be scared or remain silent about such incidents. Rather, they should reach out to the higher management or regulatory authorities to report the matter.

“Today, leaders should be careful at every possible step, and have the capability to confront the employees after committing mistakes,” concludes Banerjee.

How to keep productivity high during notice period