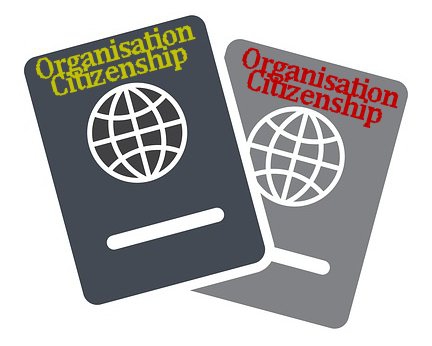 Are organisations truly able to create an enabling environment to make people feel valued, cared for and connected to the soul of the organisation?

The answers may not all be positive, despite organisations making immense efforts to keep employees engaged and happy. Then what is it that’s still missing? What will make all the difference and let people feel attached? Adil Malia, CEO, The Firm, says, “The market dynamics has seriously eroded the emotional ‘people-to-people’ bonding. A victim of this unfortunate reality has been the strong relationship that the employers and managers used to have with their teams.”

Indeed, the whole idea of workplace relationships has undergone a massive transformation in the last few decades. With rapidly shifting socio-economic and demographic aspects at the workplace, the way people work and interact has changed. While the earlier generations used to be loyal to one single organisation, growing through the cadres and spending their entire professional life with it, the present-day employees are easily influenced by economic considerations.

As Malia shares, “The emotional bonding is continuously seduced and is regularly tested by multiple, very attractive (in a way adulterous!) career options that are literally flung at one, through the headhunters! The umbilical cord is now very weak. Employees do not feel as strongly about their organisations as they did a few years ago. Their desire to stand by their company in their hour of need and adversity is questionable.”

Having said that, it is clear that organisations of the present times truly face a workplace relationship crisis that the uncertain and volatile market conditions throw at the corporates. The only way out of this situation is through creating trust and mutual respect.

Pradeep Mukerjee, founder director, Confluence Coaching & Consulting, says, “Employees feel a sense of belonging when they know that they are treated with dignity, and have a voice and say in organisational matters. This implies that the organisation and the management are transparent and employees are able to find answers to all their queries.”

At the crux of all this, what’s most vital to creating that level of loyalty amongst employees is the top management’s belief in its workforce. “If the management truly believes in its human resources, and is credible and transparent in its approach to business and people, an innate connect with the company and deep loyalty builds up on its own,” Mukerjee opines.

All said and done, workplace citizenship is a feeling that should flow from the top to the bottom, embedded in the organisational values and culture, with leadership at all levels displaying the same characteristics. The true spirit of citizenship in the current times would mean bringing people together such that they wish to stay in touch even after years of having moved on from the organisation. It creates organisational evangelists for life.

Looking at another perspective, Mukerjee shares that one of the models used in people analytics around attrition and retention focuses on how engaged people are. It is defined in terms of how much interaction and networks people have within. He went on to explain the basis of this assumption —“the correlation drawn is that the greater the net affinity one has for one’s colleagues, the greater one’s affinity to the organisation.”

That said, a gaping question that arises is—‘What are organisations doing to get that level of team bonding and engagement amongst people?’ Malia argues, that however negative the purpose may be, we need to figure out exactly what goes on in terrorist organisations that are able to generate such fierce loyalty towards the purpose of their enterprise. What is it that makes members of such outfits indulge in such heinous acts without hesitation, and at times even give up their lives willingly for the cause of the enterprise? How do they so successfully build such fierce workplace citizenship?

Workplace citizenship isn’t just about keeping people engaged. It is a function of trust, mutual respect and a feeling of being valued. Best concluded in Malia’s words, “Workplace citizenship is about seamless integration, alignment and bonding. It is about nurturing a strong corporate character and then bonding with people of strong character! That is the only way to win.”

How HR has gone beyond mere personnel management & administration