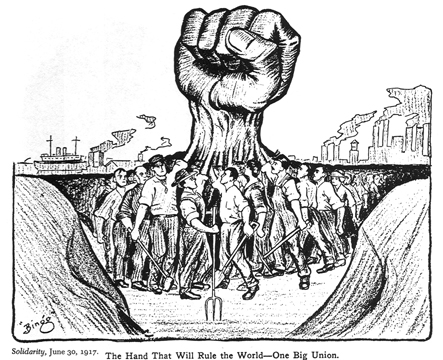 It is important to build a charming professional culture in an organisation. Professionalism is nothing but swimming in tandem with the natural rhythm of ‘cause and effect’.

What is prevalent today is quadripartite management of Industrial relations involving the government, industry managers, trade union leaders, and judiciary. These four have been the four wheels of the car, but unfortunately due to their varied intent and content, each wheel is often running in its own different speed and direction. Industry managers seek stretched productivity, union leaders demand assumed rights, the Government machinery tries to avoid these instances and judiciary attempts to achieve procedural idealism. These four pillars rarely feel comfortable collaborating to ensure speedy growth. Therefore, a quick-fix approach is adopted by forgetting other aspects, assuming that only the strongest is the fittest, and jumping into the endless loop of the win–lose game.

In this era of cut-throat competition, productivity is key to the survival of an industry. The advanced definition of productivity here includes not merely utilisation of assets but mining them to their sub-atomic level. To cope with manufacturing there has to be change from quantity to quality. Finance is changing from value to usability. Marketing has already changed from sales to customer service/ satisfaction to customer delight and inclusion. But the employer–employee relationship still remains in a nascent stage to grow beyond working persons to working partners.

There is a famous quote of Dale Carnegie, “When dealing with people, remember you are not dealing with creatures of logic, but creatures of emotion.” Here lies the key to a professionalised IR management, as emotions are always complementary, supplementary and reciprocatory. Wayne Dyer rightly says “Loving people live in a loving world. Hostile people live in a hostile world. Same world.”

Therefore, it is important to build a charming professional culture in an organisation. Professionalism is nothing but swimming in tandem with the natural rhythm of ‘cause and effect’. It is rightly said that ‘Good things happen if the chemistry is right’. Any behaviour contradictory to this science is bound to escalate small issues sooner or later and blow them out of proportion.

Like any other physical and mental structure, a culture is built up around its seed. The seed atom contains neutral, positive and negatively charged particles. The stable seed material of an organisational culture evolves through the core of positive and unbiased managerial caucus, surrounded by different layers of interacting executors. Neutrality and positivity of the core keep the executors revolving around the core intact. Never in a stable structure will one find negativity at the centre, and positivity or neutrality around. That is why negative intent gets exposed very early. To establish a sustained productive industrial relationship, the management has to take the lead by aligning its IR policy and practices with a proactive and natural relationship-building process.

First, the positive core group must have unconditional belief in the fact that the culture flows from their own beliefs and behaviour. They must be convinced that they are solely responsible for building or dismantling a sustained productive culture. They should possess and deploy enough positive energy to keep the entire structure intact. Blaming others will only encourage blame games across the organisation. The core members must behave the way they want the organisation to behave. When sick companies are revived by a change of management, it is only the core group that gets changed. This change at the core transforms the entire organisation, completely, with the majority of the organisation remaining the same. The same India with the same freedom fighters, ruled by the same British, but with Gandhi at the core achieved Independence. It was the change of leadership style as per Gandhian principles that made India independent.

Recent history saw two strong leaders, Gandhi and Hitler. Both were utmost nationalists and crowd managers. But, Gandhi worked with his humble positive energy to pull the crowd along to follow his national cause. However, Hitler deployed his egocentric negative energy to push the crowd towards his target. The difference between the ‘humble pull’ and ‘egocentric push’ approach is clear. Both achieved varied results accordingly. The push style can be a tool for crisis management, but it cannot sustain for long. However, the pull style works in every situation. Gandhi Ji successfully deployed it to stop the worst ethnic riots too. Management of good IR is nothing but deploying a positive mindset inside out.

Second, the positive core group must co-exist with some unbiased heavyweights. These are the courtiers who make the centre prominent and effective enough to keep the entire structure aligned, balanced and intact through their active existence and connectivity.

Third, at their different levels of existence, within the colonial boundary around the common core, the executors must interact dynamically, with all possible contacts, through all of their three dimensions — rotation, revolution and spin. The management must work more on the elements in the outer ring as they interact more with external sources and are capable of influencing and getting influenced easily.

The role of trade union leaders starts at the place where the managerial caucus and executors create a gap, either intentionally or ignorantly. This gap creates a vacuum, or energy level difference, which by virtue of its existence, gives space to others to get in and take advantage. If the management does not leave space between togetherness, and keeps a balance between productivity and profit sharing, discipline and appreciation, the trade union leadership becomes a part of the management intent. Workers or true representatives never enjoy anything against the interest of the company, unless they are compelled to do so through mismanagement by the IR managers.

Often, managements are afraid to create a trade union in their establishments, and engage in unnecessary wrestling with the workers to prevent the formation of their union. It is wrong to assume that unionism is counterproductive. Irrespective of the sector, size and location of the industry, in India, it is common to see unions behave the way management tries to handle them. It is much easier to handle representative unions than everyone in the non-unionised plants, even though the IR handling from the management prospective in both the scenarios is the same.

“They may forget what you said, but they will never forget how you made them feel”, said Carl W. Buechner. It is essential to make them feel important, responsible and truthful. Truth always prevails everywhere, and as Henry Winkler said, “Assumptions are the termites of relationships.

“If I had nine hours to chop down a tree, I’d spend the first six sharpening my axe.” – Abraham Lincoln.

The government machinery is not yet designed to behave proactively in IR handling. It is incapable of building up a relationship. It merely indulges in fire-fighting, joining the event when the fire has already enveloped the place. There too it weighs the parties, not on the basis of the merit of the case, but on the strength and weakness of the parties. In fact, they have a very limited role in building proactive and productive IR, because cordiality of relationship cannot be pushed into externally. It is necessary to work on oneself experience and feel togetherness. Still, government agencies can play a major role in IR by facilitating ‘joint proactive forums’ for truthful awareness, reconciliation, arbitration, legislative smoothies, etc. These forums can be institutionalised with the help of stakeholders to operate effectively.

Presently, the judiciary has an indirect, remote, general, delayed and sometimes contradictory impact on the general IR scenario. But, the role of the judiciary can be more proactive if it becomes prompt in defining IR issues, particularly through participation in ‘joint proactive forums’.

The subjective idealism to suit one section of people cannot be translated at ground zero unless it addresses the concerns of all the stakeholders. The right to perennial employment, similar deployment and increased remuneration cannot be disconnected from discipline, productivity and profitability.

Most importantly, the focus of the judiciary should be to judge right against wrong, not merely to weigh the evidences. Sometimes, evidences and witnesses brought before the court are fabricated. Justice must confer the truth, even if it means walking an extra mile.

All the parties must understand that industrial growth is a must for the economic growth and well-being of the society. Any short-sighted approach in IR handling can not only derail the growth but also provide long-lasting advantage to the competitors. IR handling is not a mechanical but a methodical job. It goes hand in hand with the natural emotions, feelings and ethical boundaries.

“Ethics is knowing the difference between what you have a right to do and what is right to do.” – Potter Stewart.

IR handlers must co-exist with people to build up a pro-productive and friendly environment. When enmity puts a win-lose game into play, friendship is the biggest achiever. “True friendship comes when the silence between two people is comfortable.” – David Tyson Gentry. And this comfort comes only with a natural truth, professional honesty, and unbiased behaviour.

Statutory requirements to keep in mind for a contract workforce