In February, HSBC had announced a job cut of 35,000. In 2019, Europe’s largest bank had reported a 33 per cent fall in pre-tax profit, to $13.35 billion after it took goodwill impairment of $7.3 billion. The write-down was related to its European investment banking and commercial banking businesses.

However, during the lockdown, the London-headquartered bank had put the layoffs on hold. It realised that it would be difficult for the employees concerned to look for jobs during the worldwide lockdown.

The Bank now wants to restart the retrenchment process. Noel Quinn, who was appointed interim group chief executive and director, HSBC Holdings, in August 2019, said in a memo, “We could not pause the job losses indefinitely – it was always a question of ‘not if, but when’.” He added that the measures first announced by HSBC in February were “even more necessary today”.

HSBC Bank employs over 2,35,000 staff around the globe, with a large presence in Hongkong. However, since January 2020, the Bank’s offices in Hongkong and Mainland China have been significantly disrupted on account of the coronavirus outbreak.

It is anticipated that maximum job losses will happen in HSBC’s Global Banking and Markets division, which houses its investment banking and trading businesses. Also, staff in Europe and the US are likely to face the maximum brunt, as it is in these markets that the Bank has been struggling to make money.

HSBC’s business strategy is to secure a competitive position in the future. Aligning the restructuring with its business objective, it has decided to reduce its presence in the European markets, in domains such as sales, trading and equity research. It also plans to scale down bank branches by 30 per cent. Furthermore, the strategy is to shift more resources to Asia and the Middle East. 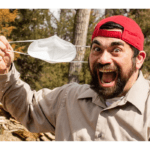 OneAbove to hire 100+ in 6 months, across product, design, marketing...