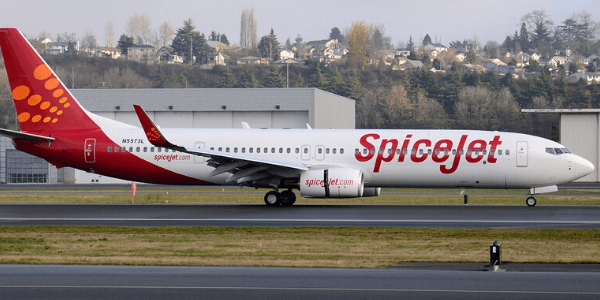 Low-cost carrier, SpiceJet, has announced that most of its employees will be paid their salaries for the month of April. This comes a day after it announced that grounded pilots, who have not been working due to stagnancy in operations, will not be receiving their pay for the months of April and May.

In March, the airline had stated that employees across the Organisation in the top and middle ranges will be receiving a 10 to 30 per cent pay cut due to the impact of the lockdown. The airline has now mentioned that employees will be paid their April salaries, based on the number of work hours they have put in during the lockdown period. SpiceJet has, however, not mentioned any job cuts till now.

At the moment, it is not clear whether the grounded pilots will be receiving their salaries as the decision to pay has come immediately a day after, and that too, based upon the work hours put in by the employees.

The decision to impose pay cuts comes post the incumbent Government’s plea to all private organisations to refrain from pay cuts and layoffs during this time.

Carriers across the industry, such as Vistara, GoAir, AirAsia India and Air India have announced pay cuts and leave without pay for their employees, as the aviation sector has been hit hard due to suspension of flights and sealing of airports.

IndiGo, however, has taken back its decision to cut manpower costs. In an internal communication on March 19, it announced that it will be paying salaries to a majority of its employees in compliance with the Government’s mandate. The senior employees and VPs of the organisation, on the other hand, have volunteered to take pay cuts this month.