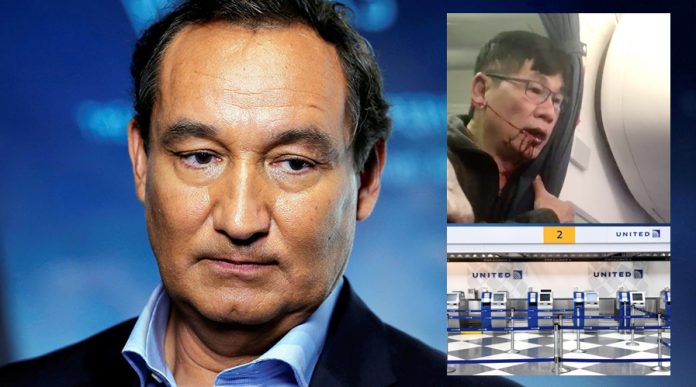 Every incident is a learning and at the same time an opportunity to prove oneself. Following the United Airlines fiasco, the carrier had a golden opportunity to display the right leadership attitude, which it unfortunately failed to take advantage of. So what was the missed opportunity?

United Airlines appears to be the new punching bag on the social media. Ímages of a passenger being pulled off the aircraft, by security personnel, sent the social media into a tizzy. That the passenger in question was an Asian man added another layer of complexity to the mess. The Chinese social media went on a rampage, and so did everybody else.

The point of this post is not to argue about the woes of overbooking flights, but to look at a missed leadership moment.

Missed Opportunity 1
The airline issued a public apology for having to “re-accommodate” passengers. But in the internal e-mail sent to employees, it blamed the passenger for being “disruptive and belligerent.”

Why that was wrong: The message to the employees was clear.

The customer is wrong. Someone had to knock some sense into him. Don’t let our apology throw you off. That is just for effect.

It was a teachable moment, where the CEO could have used this as a lesson to shape the culture of the organisation. While leaders love to talk about learning from failure, when they actually experience failure, they rarely recognise or admit it. To have the humility to say “I was wrong”, is a big lesson for the leader to role-model. The CEO of United Airlines lost that chance. Without humility it is hard to learn.

Missed Opportunity 2
The public outrage made the stock price of United go into free fall. It dropped by $1.4 billion. Wall Street must be a really good teacher. The CEO, Oscar Munoz, panicked and issued a real apology this time. “The truly horrific event that occurred on this flight has elicited many responses from all of us: outrage, anger, disappointment. I share all of those sentiments, and above all: my deepest apologies for what happened.” He added, “Like you, I continue to be disturbed by what happened on this flight and I deeply apologise to the customer forcibly removed, and to all the customers aboard. No one should ever be mistreated this way.” So far so good! But then he missed the punch line by distributing accountability. He said, “I want you to know that we take full responsibility and we will work to make it right.”

This was another step missed. He should have said, “I take full responsibility…”. Everybody knows that it was not he who dragged the passenger off, but that is what leadership is about. Being able to stand tall and take the punch is the role of the leader.

The New Rules
In the digital world, the leader has to respond in real time. That is when the real self takes over instead of a carefully-cultivated public face. That is why, it is not enough to have IQ to be a leader; EQ is equally necessary.

We have always heard that the customer is king. This is especially true in the digital world, where one hurt customer can drag down the share price of a company by a billion. It is a new world. Leaders have to play by the new rules.