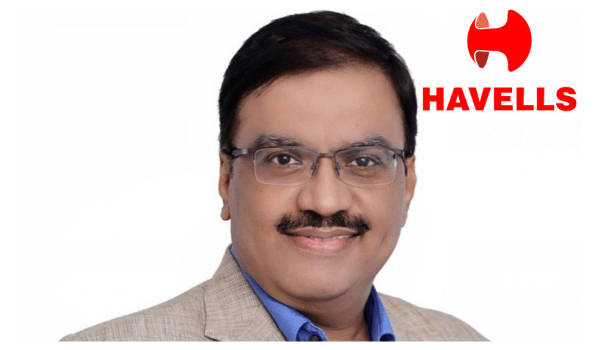 Possessing an MBA from the Faculty of Management Studies, University of Delhi, Krishnan served the longest stint of his three decade-long career, at Dabur India, where he was executive director – HR (India & SAARC) for more than 16 years. He was an integral part of the management committee at Dabur, reporting to the global CEO. He was responsible for driving transformational excellence through strategic interventions in collaboration with key stakeholders, for India and SAARC.

Having begun his career as an assistant engineer with Sona Koyo Steering Systems in 1986, Krishnan moved to Eicher Tractors in 1987, as manager – quality and TQM. Here, he was closely associated with the TQM movement and got promoted and transferred to the corporate TQM cell. He worked on key initiatives with all businesses. After spending almost nine years at Eicher, Krishnan joined Xerox as general manager – HR, quality & knowledge sharing in 1996.

Among the important initiatives he led at Xerox, were the employee engagement surveys, goal setting and business planning for performance management and leadership through quality initiatives. He also essayed the role of programme manager for rolling out the global knowledge management initiative. Less than five years later, he joined Whirlpool as director – corporate HR. In the three years that he spent at Whirlpool, he was responsible for rolling out some of the global HR processes in Asia, including talent pool assessment, 360 degree feedback and employee survey. He also anchored the global innovation and operational excellence initiatives in India.

It was in 2004 that Krishnan entered Dabur India, where he spent over 16 successful years.

An engineering graduate from Aligarh Muslim University, Krishnan is known for his organisational awareness and deep business insights, which will no doubt prove to be an asset in his new assignment as Havells. Krishnan admits to being “excited to be part of the Havells family”. In his own words, “Havells is a high-performing organisation, with the spirit of a startup and the resources of a large organisation.”