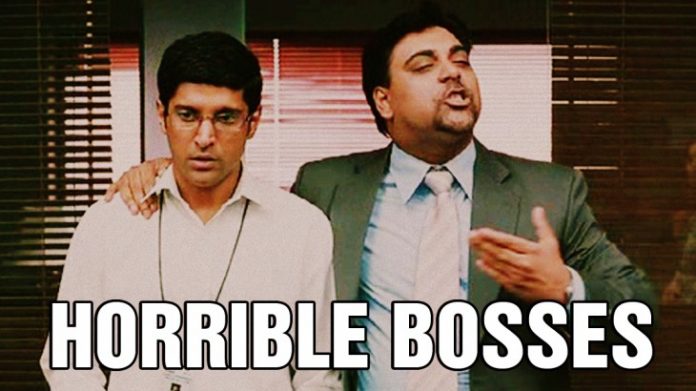 Bosses are humans too, and they have their preferences and dislikes. If you play your cards well, you will be able to work not only for them, but also with them.

My years of experience working for manufacturing companies have led me to face many types of bosses. Some were very hard to deal with, but I was fortunate that I had good ones too, to look after me. Being in HR, I have noticed that bosses are more inclined to build a good rapport with members of the sales team. This could be because they think that the sales people are the crux of a firm, and therefore, they need to be well looked after. This does not imply that the going is all hunky dory for the sales department. It is also the sales team members who have to bear the brunt of a boss’s wrath. When things do not go their way, the real side of the boss surfaces.

Managing your boss
Bosses (not leaders — there is a difference) are humans too, and they have their preferences and dislikes. If you play your cards well, you will be able to work not only for them, but also with them. I have personally known employees who never performed that well, but still managed to keep their jobs because they knew how to be in the good books of their bosses. Learning how to deal with or manage your boss is a significant and transferable skill, and will indefinitely decide how far you progress. While I would not go so far as to say that all bosses in the world fall only into the following five categories, if yours does, I have suggestions on how you can stay in the organisation.

Type 1
The bosses with the superiority complex
They love screaming and look for opportunities to shout at others. Their high pitch reveals their superiority complex and strong belief that others are wrong. They are very edgy characters by nature, and do not like to dwell on the reason behind a problem. Instead, they take solace in the fact that they have scolded someone, and hence, have prevented the mistake from recurring. Many of you may have come across such bosses. You will notice that they appear edgy —not only in their talk, but also in the manner in which they sit. Peep inside their office chambers, and you will find that they are always shifting in their seats. Even before such bosses have said a word, they have already made you edgy and worried about what they are going to say next.

Dealing with Type 1 bosses
This is easy only if you are prepared to take verbal blows from them. High-pitched bosses get satisfaction from watching their subordinates take their nonsense. If you can do exactly that, then you have dealt with them. Never give the impression that you are fed up with taking their nonsense. The more you accept their verbal blows, the more they believe they are right. By doing so, you will stay on their good side. But if you try to show that you are smarter than them, by opposing them or getting into an argument with them, you may be putting your growth in the company at risk. You will probably do better with some other type of boss.

Type 2
The bosses who brandish their power
They take great pride in waving their power and authority around, not just in office but sometimes also at home. Power-brandishing bosses love wearing the mask of a boss, and believe that bosses are the highest-regarded professionals in the world. They are overtly possessive of their post and always want to give an impression that they are completely in control of the situation, even when in reality they are not. They are insecure, and too preoccupied with trying to always have things under their control. At times, the employees may have committed mistakes, yet they pretend to have not seen them and say little of their mistakes.

Such bosses give significance to discipline, rather than performance, and are of the opinion that employees should be self-disciplined. Their motto is that with discipline, employees will eventually perform. Even if you find such bosses to be lenient, you should not break the rules too often; and even if you do so, make sure that you do not bring it to their notice. Show them respect; make them feel that they are the big boss, and you will be able to go about your duties undisturbed.

Type 3
The bosses who do not belong
Such bosses give you the impression that they have been thrown into a post that they are not fit for. They are possibly employees in the company who have been promoted to be ‘bosses’ without the relevant qualities. They are probably people the management had to fall back on because there were no other options. You will notice that half their motivational speeches in office meetings will contain a list of their past achievements, and the rest is utter claptrap. While they stress a lot on performance, they lack the management skills to get it. Employees may make fun of them behind their backs even though in truth they are hard working. They try to learn, and also make amends if they have committed mistakes. Nonetheless, they lack confidence and do not stick to a plan, especially when things do not work as planned.

Dealing with Type 3 bosses
Such bosses will welcome advice that will help them get their bearings, and if you can offer them substantial help, you can easily befriend them. Just don’t expect them to be lenient in the office. They have a reputation to build and maintain and cannot make any false moves, or tolerate mistakes by their team members. Give them enough time and you will find that they will eventually be good bosses because they are eager to learn and will collect the tricks of the trade with time.

Type 4
The bosses who intimidate
Aggressive by nature, they are no-nonsense bosses who try to get things done by issuing commands. They have an ego, and carry it with them while they are in the office. Sometimes you will feel that they are trying to run the show as if they are running a criminal gang. On the one hand, they threaten their employees, and on the other, they don’t go overboard because they are insecure, and don’t wish to lose their effect on the employees. They believe that too much of intimidation will lessen their grip on their employees, and that’s the reason they sometimes overlook mistakes by their employees. They keep to their own space, and are reserved by nature.

Dealing with Type 4 bosses
The best way for employees to handle such bosses would be to respect their privacy, and not interact with them unnecessarily. If you are smart enough, and know how to break their defense, you can even befriend them, and manage to take some liberties in the office. However, don’t go overboard otherwise, they’d also be the ones to throw you out of the office.

Type 5
The bosses who excel and influence
Ideally, they are the best bosses to run a company as they handle both the management and the employees efficiently. Companies prefer such bosses because they have positive vibes about themselves, and make the companies believe that they can produce results even in the midst of a crisis. They are not particularly harsh on employees, but they mean business. Not all influential bosses are inspiring, but they have the guile to make others perform to their limits. Influential bosses are highly professional, and expect employees to behave so too.

Dealing with Type 5 bosses
Dealing with them is never a problem if you perform your duties well enough. However, beware of such bosses, as they are highly determined to rise in the hierarchy. If they feel that you are a threat to their goals, they will have you removed from the company. Influential bosses also form their own core groups, even within the same organisation, who keep them informed of what happens in the office while they are away. Therefore, if you are careful and mind your own business, you will always stay in their good books.

Conclusion
We may not have the luck of working with good leaders but we definitely have to work with bosses, the heads of organisations or the managers of groups of workers. They get groups of people to do things that contribute to the company objectives. At the end of the day, employees do not leave jobs or organisations, they leave their bosses.

(The author works with the human resources management team at Garware-Wall Ropes.)

The perils of mother-in-law leadership syndrome