Following the murder of Jeyasre Kathiravel, a young woman who worked for Natchi Apparel — a factory that stitches clothes for H&M, in Kaithian Kottai, Tamil Nadu — H&M has signed an agreement aimed at tackling gender-based violence in the Asian garment industry.

Such an agreement is rare in the fashion space, and this particular initiative is probably the first ever wherein a known brand has entered into a legally-binding agreement to protect the women employed in the garment industry.

As per the agreement, all employees, supervisors and executives will be put through gender-based violence training. The Tamil Nadu Textile and Common Labour Union (TTCU) will hire and train women to serve as ‘shopfloor monitors’. Their responsibility will be to ensure that women are safeguarded from harassment and intimidation of any kind, verbal or sexual.

Natchi Apparels is amongst the largest suppliers from India for H&M. As reported by The Guardian, the victim’s family had alleged that she was raped and murdered, and that she had complained of being harassed and threatened at her workplace for months. They claimed that she was unable to protest or take any action. The incident took place last year. However, the victim’s supervisor later admitted to killing her, and is up for trial.

The incident was independently investigated by the Worker Rights Consortium (WRC), which discovered that Kathiravel wasn’t the only woman to be harassed or ill treated.

Following this, discussions took place between H&M and TTCU, along with other regional and international labour rights groups, which ultimately resulted in H&M entering into this agreement.

The agreement also provides for a stronger and more powerful internal complaints committee at Natchi. It enables women to approach an independent panel and report sexual harassment anonymously within the company. This panel will be empowered to take action against the culprits, dismiss them and also demand monetary compensation for the victims and their families. 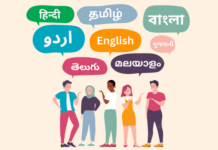