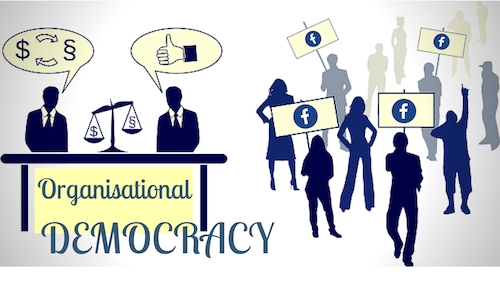 The employees have formed a new group that supports ideological diversity.

“We have a problem with political diversity”, said the post on Facebook’s in-house message board last week.

A senior engineer of the online social media and social networking service company admitted that their internal culture was not tolerant of different views. He stated that while the organisation claims to be open to all viewpoints, it is does not hesitate to attack anyone who presents an opposing perspective or says anything that goes against its creed.

According to anonymous sources, over a 100 Facebook employees have gathered to form an online group called ‘FB’ers for Political Diversity’, which supports ideological diversity and aims to offer a platform for expression of diverse views.

However, there is a minor faction of staff that is upset, as they find this group’s posts to be offensive. An unidentified employee said many staff members had complained to their managers against this Group, but were told that the Group had not really gone against any company rules.

There are also employees who find the Group to be quite productive, positive and tolerant of diverse political perspectives.

This post indicates an unusual case of planned opposition within Facebook, which has a rather liberal work culture. ‘FB’ers for Political Diversity’ is just a section of the Company’s 25,000 strong workforce. Never before have the staff members of Facebook shown any inclination to question leadership. In fact, a majority have been ardently loyal to their CEO, Mark Zuckerberg.

However, incidents of mishandling of user data, and dissemination of distorted information on Facebook, have of late thrown some challenges in the Company’s path.

Facebook’s bias against conservatives became evident when the site banned far-Right conspiracy theorist Alex Jones. Critics, including the American president and other politicians had already been speaking negative about Facebook’s intolerance towards conservative speech.

Even internally, many employees of Facebook have admitted to arguments taking place over decisions of banning specific accounts while sanctioning others.