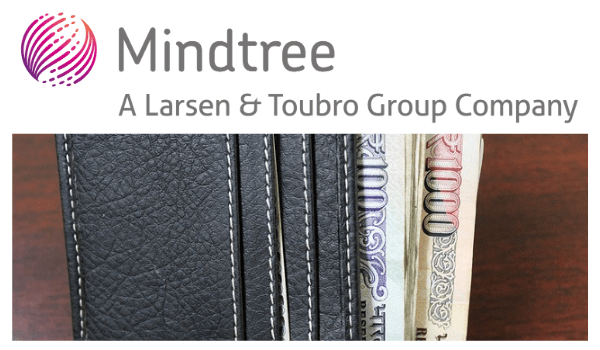 Mindtree, the Indian multinational IT company, will give salary increments, as per industry standards, to its employees, with effect from January. The second quarter promotion cycle has been completed for the Bengaluru-headquartered outsourcing company, whose headcount was about 21,827 in September.

The Company claims to have achieved its “commitment of delivering profitable growth, quarter-over-quarter”, as per Debashis Chatterjee, MD& CEO, Mindtree.

The Company will continue to hire based on need.

Mindtree’s net profit went up 79.2 per cent, to $34.3 million, while revenue fell by 3.7 per cent, to $261 million in the September 2020 quarter as compared to the same period last year. The Company has an active client base of about 283, with eight new clients being added in the September quarter. The new clients have come in the areas of cloud, omni-channel experience and tech modernisation in the form of project as well as annuity deals.

Of the Company’s revenue in the September quarter, the maximum contribution came from North America, at 77.4 per cent, followed by UK and Ireland at 7.9 per cent, Continental Europe at 7.5 per cent and Asia Pacific at 7.2 per cent, respectively.

An interim dividend of Rs 7.5 per equity share has been declared by the board of directors.

The margin has expanded due to operational efficiencies, improved utilisation without additional headcount and forex gain and treasury management with a better return on investments.

Infosys, Tata Consultancy Services as well as HCL Technologies are the other companies that have given increments to their employees.