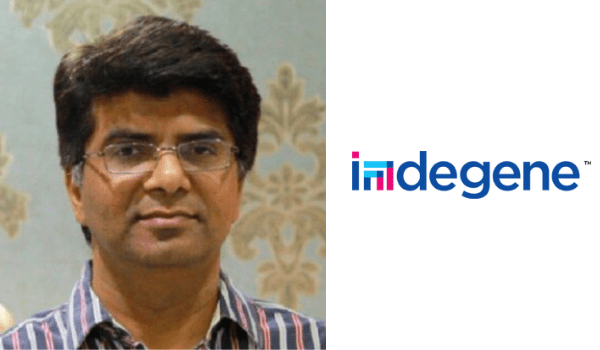 Commenting on his move, Shah told HRKatha, “The role is very attractive. Indegene is growing at a very quick pace and is at the becoming a formidable player in this industry. It was the right time for me to join Indegene.”

He further says that the organisation is serious about its focus on people and company culture . In his new role, Shah informs that he would be reporting directly to one of the founders of the Company.

With an MBA from the Indian Institute of Management – Bangalore, Shah has been actively working as an HR professional since 1995. He began his professional journey with a four-year stint as a sales, training and HR professional with Titan. He went back to IIM-B to pursue a fellowship programme in managemt in QMIS. Finishing his PhD, Dr Shah entered the job market in 2003.

After spending two successful years at iDiscoveri, Shah joined Wipro in 2010 as the general manager for corporate human resources development. He climbed the company ladder to the position of vice president- leadership and sales, leadership development. Till 2020, Shah was with Wipro.

He joined Paytm as the vice president- talent and organisation development in April 2020.

In his new role at Indegene, Shah’s core responsibilities will be leadership development and enhancing organisation culture, he tells HRKatha.

Shah also shares that no one has succeed him yet at Paytm. His movement is another big shift in leadership at Paytm. The Company’s president and CHRO had also quit earlier this year, in July.