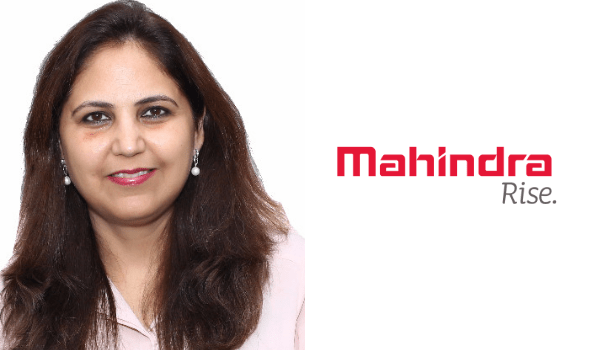 Mahindra Group has elevated Seema Bangia as vice president & chief people officer, for Mahindra Agriculture, Aerospace and Defence businesses. Talking to HRKatha, Bangia confirms that the change took place in the first week of August. Earlier, she was playing the role of a senior general manager & chief people officer. As part of this elevation, Bangia will lead the people strategy for the aerospace and agriculture businesses as well at Mahindra, in addition to the defence systems business which she already had as part of her portfolio. With this promotion, Bangia will see an increase in the number of locations and employee base in her portfolio. “Earlier, I was playing a supportive role in overseeing the people practices for agriculture and aerospace businesses at Mahindra, but now it has been officially announced,” reveals Bangia.

“In this new role, the focus will be on developing talent capability and robust DE&I practices at the firm,” adds Bangia.

Bangia is backed by more than 25 years of experience in the HR function. She joined the Mahindra Group in 2012 as the head of HR for Mahindra Defence Systems. She has worked with renowned brands such as Carlsberg, Canon, Sony and AT&T.

A Delhi University graduate, Bangia started her career as a management trainee with Nestle India. Apart from HR, she also served a three-year stint as a marketing services executive at Motorola. Moving on from Motorola, Bangia joined AT&T, where she spent four years. It was in 2001 that Bangia took up the role of manager – employee development & training at Sony India. After spending more than two years with Sony, Bangia moved on to join Canon as a senior HR manager. Her next stop was ZTE Telecom, where she worked as a general manager for two years before moving to Carlsberg India in 2008, where she joined as head-HR.