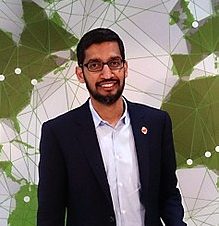 Following the worldwide walkout by Google employees recently, CEO Sundar Pichai reasserted that the American multinational technology company is “not run by referendum” and that he still is and continues to be the boss who doesn’t always get influenced by staff uprisings.

In Pichai’s own words, “There are many good things about giving employees a lot of voice, out of that we have done well.”

Google has always been known for its transparent work culture, where employees discuss matters on open forums, and enjoy the liberty to speak their mind at weekly meetings which are attended by the senior managers.

Recently, the employees had protested against the manner in which cases of misconduct had been handled within the organisation. The Google Walkout for Real Change across 47 offices in Asia and Europe had made headlines.

The walkout followed reports that the creator of Android, Andy Rubin was given a $90-million pay out after quitting, post sexual harassment charges by an employee. However, the Company stated that it doesn’t offer payouts to staff members terminated for sexual harassment.

Google has also been criticised by American politicians for withdrawing from an artificial intelligence contract with the American military, although Pichai admitted that the Company continues to support the country’s defence in all other ways and projects.