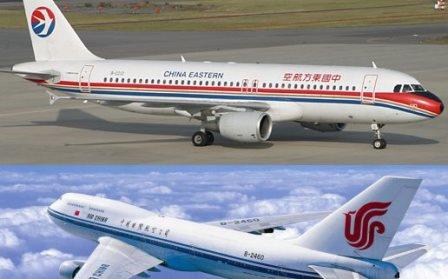 The growing demand for air travel in China and the mushrooming of new air carriers is creating opportunities for expat pilots.

China is reportedly facing highly surging travel demands. To meet the same Chinese airlines will have to hire almost 100 pilots a week for the next 20 years. The growing demand for experienced pilots is a challenge to be met alone at home, as airline majors are now looking to hire foreign pilots. In this attempt air carriers in China are offering highly lucrative pay packages to attract expat pilots.

Reportedly, pilots have been offered over $300,000 a year. Air traffic over China is set to almost quadruple in the next two decades, making it the world’s busiest market, according to Airbus Group SE. Startup carriers barely known abroad are paying about 50 per cent more than what some senior captains earn at Delta Air Lines, and they are also apparently, giving recruiters from the US to New Zealand, a free rein to fill their captains’ chairs.

By comparison, the average annual salary for senior pilots at major US airlines such as Delta is $209,000, according to KitDarby.com Aviation Consulting. Some US regional airlines pay $25,000 or less, according to the Air Line Pilots Association, representing more than 52,000 pilots in the US and Canada. A pilot placed in China, on the other hand, is earning as much as $80,000 a month.

Aviation is booming in the country, where the number of airlines has increased by 28 per cent to 55 in the past five years. The Chinese fleet has more than tripled in a decade to 2,650, according to the Civil Aviation Industry Statistics Report. Since the new carriers have minimal brand recognition and a limited performance record, they take the fat pay cheque route to getting experienced staff on board, which is why Chinese airlines are paying as much as five times more than some Asia rivals for new hires.

About 30,000 pilots fly for Air China, China Eastern Airlines and dozens of competitors, while about 2,200 foreign pilots have transport licenses, according to the government’s Annual Report of Chinese Pilot Development. South Korea, the US and Mexico contribute the most expatriates, and there’s also a lone Zimbabwean aviator.