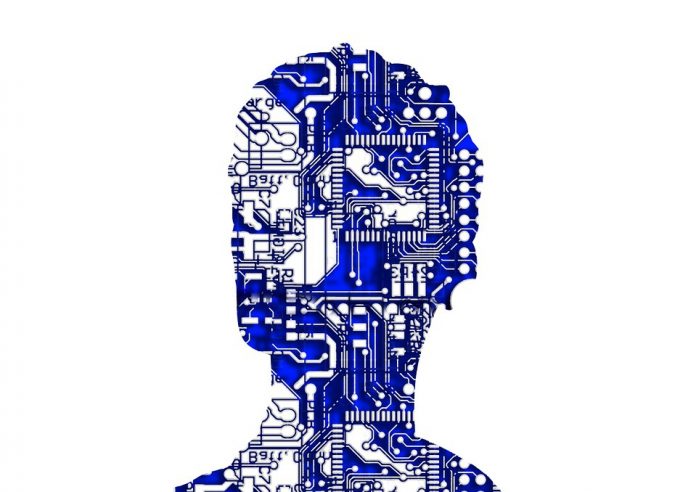 Organisations are ready to hire new set of recruits – not the millennials or Gen Z – it’s the smart machines and artificial intelligence. The new workplace will see humans and intelligent machines working in tandem.

Huggable is a high-tech puppet being used in a hospital in the US to impart therapeutics treatment to children who have been hospitalised for long durations. With the aid of a remote operator, this intelligent puppet can talk and play with patients.

Similarly, in a restaurant in Singapore, autonomous drones have replaced human waiters to lift and carry dirty dishes off customer tables.

These are just some of the instances, where intelligent machines have been put to work. Siemens has automated some of its production lines to the point where they can run unsupervised for several weeks.

The examples are plenty and so is the anticipation of how this could change the workplace. After all, transformations are being witnessed ever since the dawn of computing and after every automation procedure. There is widespread common belief that intelligent machines will replace humans at work. However, it’s important to realise that even Siemens’ automated unit needs 1,150 employees to function. In the new environment, the workforce will now be primarily focused on programming, monitoring, and machine maintenance.

Complex Change
Yes, intelligent automation is certainly expected to transform the future, but not in as simple a way as anticipated. The repercussion will not be as straight as smart machines eating up the jobs of humans. Intelligent automation will be about improving what people can do. It will relieve people from the simple tasks so that they are free to handle more complex processes, which smart machines cannot do.

In companies that have adopted intelligent automation, it has had no significant effect on overall employment. Although there were some evidences of low-skilled and middle-skilled workers crowding out, it had absolutely no impact on the high-skilled workers.

According to Accenture Technology Vision 2016, smart machines and artificial intelligence will be the newest recruits to the workforce in the future. They will bring in new skills to help people perform new jobs, and also reinvent whatever is possible.

Cultural Change
The Accenture report states that intelligent automation is not about killing jobs and creating a dehumanised future. It is about building a relationship between people and machines.

At Amazon’s warehouse at Robbinsville, in New Jersey, US, humans and machines work in carefully co-ordinated harmony in the field of inventory management. The robotic shelves not only allow storage of more products into a tighter space, they also enable the workers to pick products more efficiently.

This workplace is indicative of what the future may look like. It is a standing proof of the fact that technology will sooner or later start assisting humans with many simple and manual tasks.

In such a scenario, it is important for companies to create an organisational culture, which empowers people to evolve, adapt and drive change. Businesses that have been adapting intelligent automation have already started doing this.

On the other hand, organisations preparing for this cultural shift, will also experience some chaos. “This will mean undoing the organisation’s existing culture to make it more receptive to change and enable the workforce to accept what is new,” says a senior industry observer.

Companies are also allowing their workforce to adapt and drive these changes. For instance, Samsung has launched C-Lab programme where employees pitch ideas as part of a competition. Following this exercise, winners take a year or more off from their regular jobs to run a small team devoted to researching and developing the idea.

So what’s driving the companies to adapt intelligent automation? There is only one reason– to save money.

According to a study by Cognizant, the banking industry has already started saving on post- automation costs of their front office and customer-facing functions. The study reveals that 26 percent of banking respondents agree to save 15 per cent of cost in one year, another 55 per cent expect the same level of savings within three to five years.

Change in Market Dynamics
As per the Accenture Technology Vision survey, 70 percent of corporate executives said they are making significantly more investments in artificial intelligence-related technologies than they did in 2013, with 55 per cent stating that they plan to use machine learning and embedded AI solutions.

Possibilities
The Accenture report states that 82 per cent of its respondents believed that their respective organisations were under pressure to reinvent and evolve their business, before they are disrupted from the outside or by their competitors. Intelligent automation was the key enabler of the changes they were required to make. It is not merely an option, but mandatory.

The question is whether one has the capability to not just use it, but also implement it across every aspect of the organisation and maximise the benefits.

The potential is immense. It is said that consumers will soon be able to build simple, customised apps through voice commands, gestures and more. Before long, everyone will become a programmer.

It is expected that there will be widespread use of robots, which will reach places where humans cannot reach and do things that humans cannot do or do not want to do. It is estimated that between 2015 and 2018, as many as 152,400 units of professional service robots will be sold, which will be worth $19.6 billion.