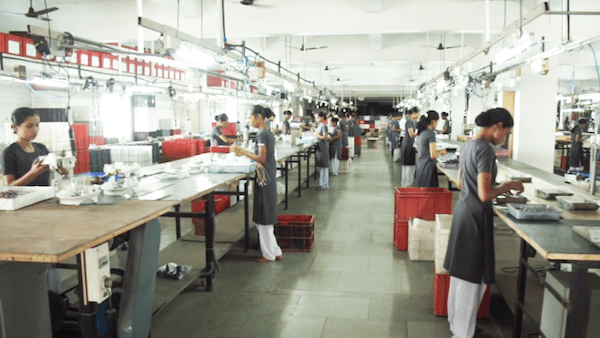 Ajanta-Orpat Group, manufacturer of clocks, fans and calculators, has been paying full salaries to its employees with zero layoffs, despite a halt in production for almost two months. Nevil Patel, director, Ajanta-Orpat Group, says, “We have enough reserves to take care of our people for the next six months. We do not believe in imposing salary cuts because we have been out of business for a few days. The last thing we would want to do is cut down on our employee strength.”

The Group is aiming to double its turnover by FY25 to around 2,400 crore. Patel says that despite the slowdown in domestic demand, the demand to export is good. “We still see a 30-35 per cent growth in exports as many companies are looking towards India for supply of manufactured goods.” Patel adds that although there have been no orders received as of yet, there are many demand inquiries coming in from various vendors and the Company should be able to begin exporting soon. “We expect to be able to start by the mid of next month,” says Patel.

“We have enough reserves to take care of our people for the next six months. We do not believe in imposing salary cuts just because we have been out of business for a few days. The last thing we would want to do is cut down on our employee strength.”

Although Orpat resumed its operations from May 17, it has not gone for 100 per cent capacity in production. The Company has begun production in a phased manner and currently only operates at 30 per cent capacity. The operations’ hub of the Company is in Morbi, a small district in Gujarat, which is currently under the green zone. Due to the relative lack of cases in the district, at present, the organisation has been able to resume operations albeit with a lower capacity. The marketing, sales and accounts departments in the corporate office are also working.

Deliveries of finished goods are currently happening in Gujarat only, but are in the pipeline for other states as well. At the moment, according to Patel, around 70 per cent of the deliveries are taking place in Gujarat, with the rest going to Uttar Pradesh and other areas.

There also exists the problem of getting adequate human resources for work in the plants. The Ajanta-Orpat Group has a workforce of around 5000 employees out of which 95 per cent are women. Many of them usually come from neighbouring areas around Morbi, such as Rajkot and Ahmedabad, while a few are settled in Morbi itself. Currently, the Company is bringing in employees who are situated in Morbi itself. Areas, such as Rajkot and Ahmedabad are in the orange and red zones, respectively.

Patel says, “At this point, we do not want to push anybody to come to work if they do not want to. The only reason we have started is because we are in the green zone. The resumption of operations right now is not in any way related to making money or doing business. It is simply about supporting the people and we are doing the best we can.”

Currently, the divisions manufacturing fans, clocks and calculators are active. “Other divisions are going to start phase wise. The first or second week of June is when we see the demand picking up,” reveals Patel. In addition, key areas in the supply chain are also blocked, for instance, Mumbai, from where goods are further distributed across Maharashtra. Buses carrying employees to and from the plants are also working at 30 per cent capacity. 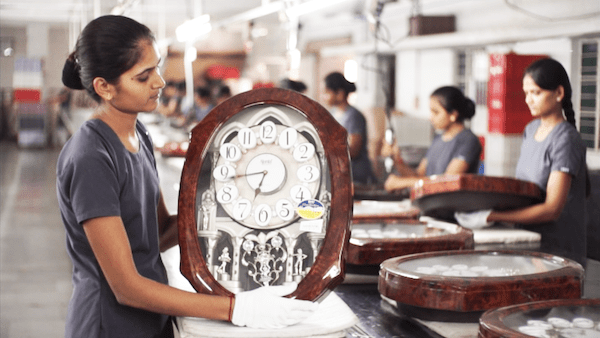 March, April and May are the busiest months for fans, winters for heaters and Diwali season for wall clocks and home appliances. Patel feels that it may take around 8-10 months for demand to rise again and for people to start spending.

Despite being in a green zone, the Company is not taking any chances. There are no public transport facilities, and therefore, pick and drop facilities are available for the employees in fully-sanitised buses with mandatory temperature checks and sanitiser use, before onboarding and deboarding the bus. Inside the plant, 1 metre distance between every employee is maintained. Before beginning production, all employees and their family members were checked for signs or symptoms.

While physical distancing may be easier with lower capacities, Patel says that even when production is going to be upscaled to normal capacity, distancing will not be a matter of concern. “Even on a normal day, there is adequate distance between each employee as workers need their own space to work. Since space constraint is not an issue, our buildings are more spacious than working spaces of tier-1 cities,” he adds.

Food is prepared for the employees by a six-member kitchen staff in every building. Monthly rations were provided for the employees who could not manage to procure any during the initial days of the lockdown due to hiked prices. The Company also provides medical coverage for all its employees. Monthly delivery of groceries is a regular activity at Orpat and the practice has continued throughout the lockdown.

The Company has built two residential societies for employees around the plants, within a distance of two kilometers, with around 300 flats in each. Quarters are reserved for employees who have spent a certain number of years in the Company.

Moreover, with the Company manufacturing most of the material needed for its finished goods, only a small amount of raw material comes from outside. At the moment, according to Patel, they have enough inventory of raw materials for the next three months. Post that, trucks coming in with the required raw materials will have a single point of entry and will be sanitised at every juncture along with the materials brought.

With so many precautions being taken, and with the well-being of its employees and their families at heart, the Ajanta-Orpat Group seems incapable of going wrong anywhere as far as resumption of work post lockdown is concerned.

How TresVista changed its talent acquisition during pandemic