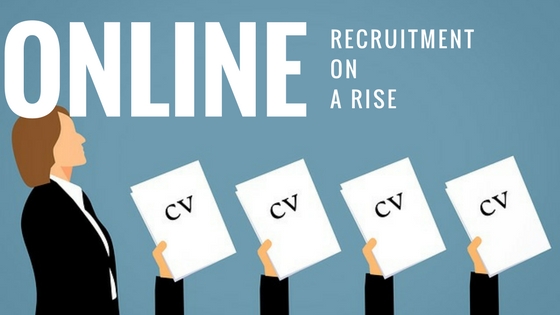 Online recruitment activities in February 2018, registered 16 per cent year-on-year growth, from 12 per cent in January.

Online recruitment activities in the month of February, 2018 registered 16 per cent year-on-year growth, as per the recently released Monster Employment Index— up from 12 per cent in January this year.

Among the job-intensive sectors, production and manufacturing (up 59 per cent) has been one of the most active industry sectors with 11 per cent increase in e-recruitment between January and February.
The sector also recorded the highest growth since December, 2015.

Year-on-year demand in banking/ financial services, insurance (up 34 per cent) moderated between January and February. Online demand in retail (up 13 per cent) picked up and the sector saw a 24 per cent increase in demand on a month-on-month basis; the steepest growth among all monitored sectors. The year-on-year growth rate in IT-hardware, software (up 22 per cent) lingered at the same level as January.

Sharing his views on the trends, Abhijeet Mukherjee, CEO, Monster.com- APAC & Gulf says, “The Budget 2018 focused on the revival of the rural economy and job-creation. This has provided the much-needed impetus to the production and manufacturing sector, which has seen an upward growth at 59 per cent y-o-y for the first time since December 2015, thereby, laying a strong foundation for the growth of the Indian economy. Moreover, online recruitment in retail picked up after three months, which is a significant improvement from no growth in the sector in November 2017 and negative growth in December and January.”

“The job market looks positive with hiring trends moving positively in February. Globalisation, technological advancement and demographics are constantly re-shaping the fundamental nature of work, and focus remains on reskilling and upskilling employees in order to be prepared for the dynamism,” he adds.

The Monster Employment Index, launched in May 2010 with data collected since October 2009, is a broad and comprehensive monthly analysis of online job-posting activity in India, conducted by Monster India. Based on a real-time review of millions of employer job opportunities culled from a large, representative selection of online career outlets, including Monster India, the Monster Employment Index presents a snapshot of employer online recruitment activity nationwide.