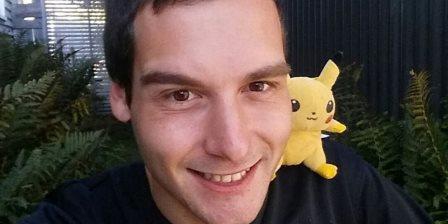 Tom Currie of New Zealand has quit his job to take a two-month trip around the country in his quest to catch all the creatures in the game.

Pokémon Go, a location-based augmented reality mobile game, which was released early this month has created a frenzy amongst people across the US, Europe and Australia. It has broken all records in terms of the time spent on the app and the earnings made in a very short span of time. The game allows players to capture, battle, and train virtual creatures, called Pokémon, who appear on device screens as though in the real world. The engagement level of the game is such that, it has even made one person leave his job to become a full-time Pokémon hunter.

New Zealand-based Tom Currie is all set to catch them all. He was working as a barista and bartender at a seaside restaurant on the Hibiscus Coast, near Auckland, when he decided to quit and pack his bags to go around places to capture the virtual monsters. Currie plans to take a two-month trip around New Zealand in his quest to catch all the creatures in the game. Until last week, he already had at least 90 of the 151 Pokémon.

Such is his grit that he is already being called a professional Pokémon player. He has booked 20 bus trips around New Zealand and has already visited six South Island towns – and caught Pokémon at every stop. He’s relying on friends and family to help out as he moves about places, hunting these virtual creatures. The pull factor for him is his love for adventure and travel; and the game offers it all.

An international news site reported that people are now spending more time playing Pokémon Go than on Snapchat, Instagram and WhatsApp. The Internet is brimming with stories about people playing the game. From funny incidents, such as a man playing the game in a hospital room where his wife was about to deliver their baby, to tragic ones where a man shot at two teenagers playing the game mistaking them for thieves, the game has generated heaps of curiosity and interest.

It is amazing how a game can make someone quit his daily bread-winning source and make him go about playing it for two months or more, putting his career at stake! Can organisations looking at gamification and other similar tools, also come up with something that has a pull factor so strong that talent just falls for them?