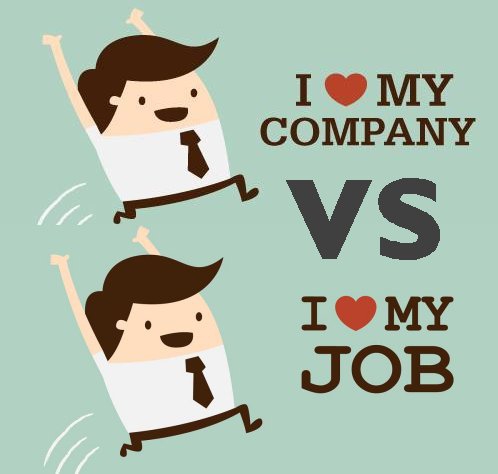 The recent sensational corporate controversy at Tata Group raises a question on employee loyalty and its types.

I believe, despite a paradigm shift in most organisations towards an effective performance management system, there is a bias towards employees who have been loyal (in terms of tenure) to the company than to their profession. I have worked in organisations, both in the public and private sectors. Barring few exceptions, job security and ‘contributing for the nation’s progress’ made the employees loyalists by default in the public sector. However, in the case of the private sector, the employer’s sympathy, apparent knowledge of people and things, sycophancy, access to confidential information, systems & processes could be reasons why some employees are deemed loyalists. A simple but extreme analogy is the personal assistant to a CEO or minister, or the security officer of a celebrity, and their roles. They are most valuable to their masters, but not others.

Such organisations and their leaders believe that most of today’s employees, who have joined as laterals or from the campuses, are likely to show more loyalty to their own careers than the company. I have heard some senior managers criticising the attitude of ‘what’s in it for me?’ rather than ‘what can I do for the company?”, treating the two as two different aspects instead of aligning them to each other. They are even sceptic, cynical and critical of such employees leading to a significant trust deficit. The issue is that there could be a significant number of people displaying loyalty to their employer by appearing to safeguard the interests of the organisation but who may actually be displaying values detrimental to the company and the rest of the employees. Tenure loyalists may impress on the short-term benefits of their ideas or decisions but at the cost of the long-term detrimental impacts.

Professional loyalty, on the other hand, is the high degree of professionalism that an employee demonstrates in his or her role. He is engaged and committed as long as he is in the organisation but takes a call to leave without batting an eyelid when an opportunity arrives. This is because, the very nature of the relationship between employers and employees has undergone a fundamental shift. Even ten years ago, I came across interviews in which two of India’s most respected leaders, President Abdul Kalam and Mr Narayana Murthy emphasised the importance of professional loyalty against loyalty to the organisation. Today, none can be expected to work for decades on end for the same company. In fact, many don’t want to. Even interviewers are surprised to meet a candidate with a ten-year unbroken stint, with no change in the job or acquired qualifications/certifications. This was the case even ten years ago, when I was asked how I stayed on at my first organisation for nearly two decades.

Let us confront two assumptions — First, departing employees aren’t loyal. Second, loyalty has to mean ‘forever’. Is it advisable for companies to keep employees forever? Blind loyalty could be suicidal for both parties. Good attrition is when both parties stand to benefit. It is better to have a star performer for three years than a deadwood for life. However, it is imperative for the employer to promote loyalty by helping the employee acquire new skills to be redeployed in new jobs, and within that, support their professional advancement. This would win their commitment and encourage new employees to be loyal.

One of the objectives of talent management is to promote loyalty. It is futile to expect this to happen if career–path possibilities for all employees, particularly the top talent, are not recognised and encouraged by their managers. Such managers do not realise that other managers’ star employees most likely want to get transfered into their departments. Given what they know about the mobility of employees today, it can be difficult for companies to gauge just how much effort they should put into promoting loyalty. It is futile to expect one to have ownership mind-set without accountability and the necessary responsibility.

The number one reason for people leaving an organisation isn’t inadequate pay or benefits but the day-to-day relationship with their immediate superior or the apparent lack of professionalism. Leaders seeking to secure employees’ loyalty must work to create a positive bond. Fostering supportive relationships among employees can further enhance their loyalty. Besides, positive conflict resolution gives people a sense of ‘We’re in this together; we’re a team.’

A lifetime employment contract may build employee loyalty, but where there is no link between employees’ values and expectations and the company’s values, mission and goals engendering professional loyalty, mediocrity will be encouraged. There will be an absence of leadership pipeline, as well as lack of development and growth leading to organisational attrition. The importance of professional loyalty leading to better employee engagement and productivity through a sense of pride and belongingness is unquestionable and more impactful than tenure loyalty.

Emotions decoded: Should performance feedback focus only on the task?