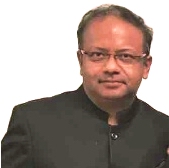 In between Choudhary had a short stint of seven months with China Fortune Land Development Co., where he was the senior director-HR.

Choudhary comes with around two decades of experience across sectors starting from FMCG, start-up, ITES to e-Commerce. He has delved into manufacturing, supply chain, sales and corporate HR functions. He thus brings with him rich exposure and expertise in areas, such as compensation and benefits, performance management, organisation design and development, and more. He also has extensive industrial relations experience across regions in India.

Choudhary shares that the market for commercial vehicles in India is likely to grow by double digits in the next decade or so. With all the focus on infrastructure development and with the implementation of GST, the demand for long-distance hauling and carrying would only increase. “In terms of the employee base, there are over 15,000 employees in the company, and hence, all in all, the scope to make a significant difference from the people perspective is also immense,” he says.

Talking further about his role at VE Commercial Vehicles, Choudhary says, “I look forward to making VE Commercial Vehicles an employer of choice in the next three to five years and creating a clear employee value proposition, which would help attract and retain the best-in-class talent in the industry. Eicher has been long known for its progressive HR practices and now is the time to revive that glory in the VE Commercial Vehicles organisation.”

At Amazon, Choudhary led end-to-end HR operations in India, managing a total employee base of 25,000 and an HR team of 60 across the country. Prior to that, he worked with Pepsico, where he joined in 2008 as the vice president- HR, South Market Unit, and climbed up the ladder to be the director-compensation and benefits in 2011, and then went on to be the senior director, HR in 2014 before he moved on to Amazon, in 2015.

He has also worked with ITC Infotech India, HUL and ITC. Choudhary is an economics graduate and holds a master’s degree in human resource management from XLRI, Jamshedpur. 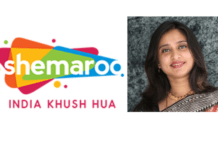