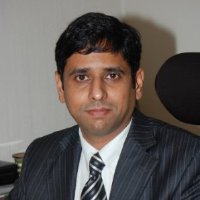 Dangi has been working in the financial sector for the last 15 years, first at ICICI Bank and then at Religare.

Kamlesh Dangi, group chief people officer, Religare has put in his papers and is all set to join UTI Mutual Fund by end of April, 2016. Sources close to the development have confirmed the news to HRKatha.

Dangi has been with Religare for close to eight years. Prior to that he was with ICICI Bank where he spent over seven years. At ICICI, he was head of HR for the Wholesale Banking Group, which mainly included corporate banking, investment banking and project finance. In addition, he was also the head-HR for the International Banking Group, which operates in 18 countries with around 1,500 employees.

Dangi started his career with Interlink, a consultancy company in the pharma sector, in 1995. As part of their consulting team, he was responsible for various HR assignments. Thereafter, in 1997, Dangi joined Toyo Engineering Corporation, a Japanese engineering company, where he had a short stint of 10 months.

In 1998, he moved to retail, a completely new territory. After spending three years at Shopper’s Stop, he joined ICICI Bank, and has been part of the financial sector ever since.

Sunil Singh moves into a new role as head of Leadership...