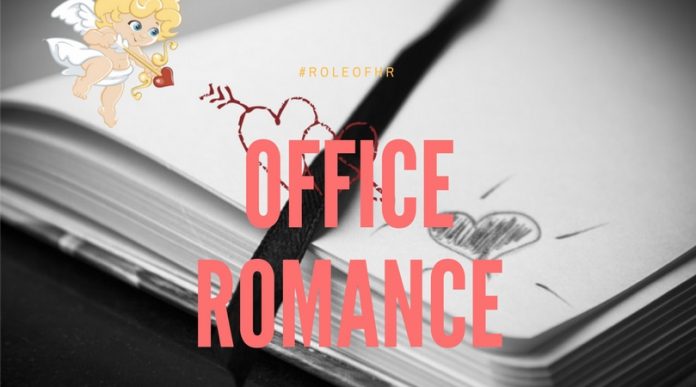 This Valentine’s Day, HRKatha tries to find out what HR heads should do when they learn about some office romance brewing. Should they let cupid win or guard the culture against it?

What used to be a taboo and a hush-hush affair is now the new normal. The millennials have changed the work environment. Romancing at the workplace is part of the culture today.

What’s the role of the culture custodians of the organisation—the human resources team—now? Should they turn a blind eye? Should they act on it instantly, nipping it in the bud? Or should they simply wait for a formal complaint to take action?

Anil Misra, CHRO, Magicbricks.com is of the view that HR can’t be dogmatic about workplace romance anymore, as it has become even more common with GenY making up a majority of the workforce.

“Some of the things that may have been considered unusual or obscene in the past have now become the new normal. That said, as long as the romantic relationship is within certain boundaries without interfering with the work culture, we should let them be,” he says.

Healthy office romance results in better retention and may also convey that the employer is a caring one.

It’s a fact that people spend a majority of their waking hours at the workplace, and therefore, office romance is pretty inevitable.

Some of these relationships grow and develop into real, life-long ties, with people getting married to their co-workers. A recent survey mentioned that 31 per cent of workers who dated at work ended up getting married.

This has its own benefits for organisations as well.

HR can’t be dogmatic about workplace romance anymore, as it has become even more common with GenY making up a majority of the workforce.

Amit Vaish, ?director & head-HR, Barclays says, “Such relationships result in better retention and may also convey that the employer is a caring one. An organisation that provides an enabling environment, where people find the space and independence they seek without compromising on the ethics and environment should be fine.”

The acceptability of an office romance among employees has also gone up. People are mature enough these days to refrain from interfering in others’ lives so much. However, one cannot discount the fact that gossip-mongering hasn’t yet died.

“Despite all the veils around romance in the office, if something gets into the grapevine, it may complicate matters,” says Shefali Suri, chief-human resources, LIC Mutual Fund.

The situation gets even messier if one or both of the people involved in an office romance are already married. “In such a case, the least HR can do is have an open conversation or a personal counselling session to make them aware about the possible consequences of such a relationship—both at the personal and professional levels,” says, Sriharsha Achar, executive director & chief people officer, ?Apollo Munich Health Insurance.

Despite all the veils around romance in the office, grapevine may complicate matters.

HR cannot be restrictive to the level of entering the personal space of people. However, they do need to keep a check on such behaviour through well-planned policy frameworks. This is also important so as to prevent any favouritism that may arise due to relationships in the workplace, especially when direct reportees are involved.

All the HR heads we spoke to, agree to the fact that it is the responsibility of HR to ensure that they sensitise people with regard to the right behaviours in the workplace.

In case married people get into office romance, the least HR can do is have an open conversation or a personal counselling session to make them aware about the possible consequences of such a relationship—both at the personal and professional levelsVaish believes that HR should explain to people the power of positive relationships in the workplace and overall wellbeing.

Misra, on the other hand, is of the view that sensitisation around acceptable behaviours is important so that no one takes undue advantage of the leniency.

They all also agree that though HR cannot really keep track of romantic affairs in the workplace, they certainly will have to take strict action when someone raises an alarm.

Besides that, all HR can do is ensure a strong policy framework and frequent reinforcement of POSH guidelines, so that one doesn’t get tricked into a workplace relationship that could turn sour later.

While there’s not much HR can control about people’s personal choices, workplace romance is something that can impact the professional setup as well. And hence, HR will have to take a stand, at some
point. Most importantly, when love is in the air, it can easily be sensed, but as Achar says, “HR should always keep a watch, but not go by hearsay.”

#oneminuteplankchallenge – By the people, for the people