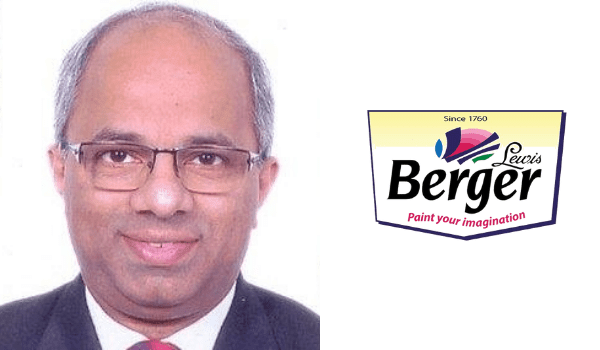 In this role, Banerjee will lead the people function for the Berger Group and help transform HR processes to enable the Company’s business growth objectives.

Banerjee will be based out of the Company’s headquarters in Kolkata and has taken up the role of group head-HR with effect from 18 May, 2022.

Foreseeing growing competition as a major people challenge in the paint manufacturing sector, Banerjee tells HRKatha, “Culture will be key in retaining talent as money cannot be a differentiator all the time”.

Prior to this, Banerjee served a short stint at Epsilon Carbon, the Indian backward-integrated carbon company, where he lead the people and culture agenda, reporting to Saiprasad Jadhav, CEO, Epsilon Carbon.

In the initial phase of his career, Banerjee worked with ITC for six years as manager – HR, leading the campus recruitment initiatives and development and implementation of the recruitment strategy, among other responsibilities.

He then joined Saregama India as chief HR officer, for almost two years. There, he headed HR for the entertainment and media business of RPG Enterprises, and was responsible for the HR function for the music, cinema, TV, digital, events and print media business venture of the RPG Group.

His next stop was Vodafone, where he served as associate vice president – human resources for almost six years. He headed the HR function for Vodafone’s Kolkata and WB circles, which have a combined turnover of around Rs 2,700 crores, from 2008 to 2014.

For a year and a half, he worked as senior vice president – human resources at India Power Corporation (Srei Group), reporting to the CEO.

At the Aditya Birla Group, from 2015 to 2021, as senior VP – HR & IR, he developed the people function strategy and HR function processes, and also lead the culture transformation agenda. It was also his responsibility to ensure harmonious industrial relations in the units.

During his chequered career, Banerjee has also been associated with brands such as Park Hotels, Bata India, United Breweries and so on.

An executive coach and a change and transformation specialist, he has provided advisory services in organisation building, culture change and industrial relations.

CARS24 gets Mrinal Sinha as its new CHRO