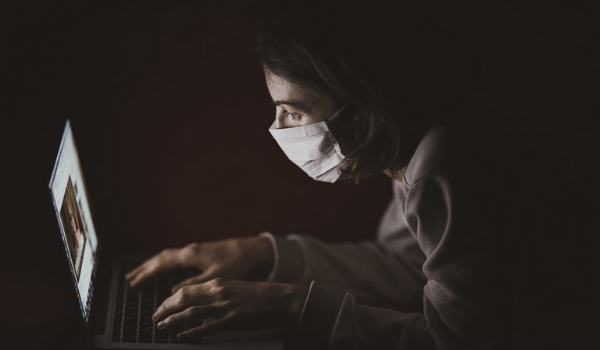 As we move into the second quarter of this finance year, there are at least two broad scenarios in front of us: Either life goes back to the pre-Covid era of Q4 of 2019-20, slowly and steadily, or, we keep adjusting to the ‘new normal’ as we have been doing over the last five quarters. I am neither an astrologer nor an epidemiologist to state with certainty which way we will head. However, one thing is certain — we need to get accustomed to the ‘new normal’ and that too, in a non-trivial manner, irrespective of what happens.

How is this pandemic different?

One thing we have learnt in the last 15 months is that there is not going to be a ‘normal’ to which we can all adjust to. Instead, it is going to be a movement from one ‘normal’ to another. In other words, the ‘new normal’ is going to be a norm rather than a one-off event, to which we could all adjust and with which we could settle down for good. That, in my opinion, is an unprecedented and tectonic shift — something we have never experienced before. On every other occasion, whenever there has been a shift, humankind has managed to adjust to the ‘new normal’, albeit with some difficulty. However, it has always been a one-time effort. For instance, the entire internet revolution as experienced in the first decade of this century brought about a huge shift in the way we live, interact and work. It took us time to adjust to the internet, but nonetheless we all did. We were only required to adjust ‘once and for all’. The pandemic-induced change in early 2020 was altogether different.

Evolution of the new normal

The pandemic brought with it numerous ‘new normals’ that we have had to adjust to in a continual manner. For instance, until 2020, the ‘work-from-home’ (WFH) model was merely considered as a nice-to-have policy for employees, and was offered by a handful of ‘employee-friendly’ companies alone. Suddenly, in March 2020, WFH became the norm rather than the exception. The entire employee life-cycle — right from the selection process to induction, on-boarding and all the way up to bidding farewell to employees — was shifted to the virtual mode. This was completely unheard of and never before imagined in any industry, anywhere in the world. What initially began as a blessing in disguise for many employees— allowing them the ‘comfort’ and ‘convenience’ of working from home— turned into a bane; an experience which many of these same employees want to end at the earliest now!

The initial ‘new normal’ in March/ April, 2020 involved helping employees adjust to work from home without compromising on the deliverables. However, now,15 months later, the ‘new normal’ involves ensuring the well-being of employees, while they continue to work from home. The second wave (or rather the Tsunami) which hit us in April and May this year, created a very new normal which none of us had ever anticipated or prepared for. The entire focus shifted to organising hospitalisation/ ventilators/ oxygen cylinders and getting COVID-specific insurance policies and vaccinations for employees. With the second wave appearing to have subsided, on the one hand, there is a ‘pandemic fatigue’ that most are experiencing, which only gets aggravated by continual work-from-home for the foreseeable future. This is coupled with apprehension of a third wave, which many experts have predicted with near certainty. The fear with regard to the impending third wave is significantly higher, because unlike the first wave— where the disease and fatalities were largely restricted to news flashes on television channels and headlines in newspapers—the second wave brought the impact right to the doorstep of most people. Today, an individual whose, self or immediate family, neighbour, friend or relative has not been impacted, or worse, lost their life to the virus, would be a rare find. People are actually seeing the threat as very real now, and not as something merely being talked about on electronic, print or social media.

The challenge is that the change is not restricted to work-life alone. It has impacted social life, severely denting any kind of travel and holidaying. It has virtually changed the way education has been imparted for centuries. Milestone examinations and competitive professional examinations are either getting postponed or cancelled altogether. The world of entertainment has switched from the multiscreen theatre to the individual-audience kind of OTT platform. The world of sports has been witnessing severe restrictions, including empty or sparsely-filled stadiums and postponement of sporting events. This is not to mention the millions of job losses both in the organised and unorganised sector, fuelled by intermittent lockdowns. All these together do have substantial impact on emotional well-being, thanks to the overall pessimism and not-so bright outlook for the future.

The question is, ‘If we are going to move from one new normal to another, what is the way to help employees develop the ability to switch from one new normal to another even while continuing with life as usual?’ What if this doesn’t stop at the third wave, but progresses to a fourth, fifth or sixth wave, hitting us at intervals of six to nine months? What if two doses of vaccine shots prove inadequate for the newer variants of the virus, which may appear on the horizon?

The other scenario is that there isn’t a third wave or even if there is one, it is far more muted than the second one, and life slowly goes back to where we left it in January- February, 2020. While that seems a very desirable and optimistic scenario, the truth is that it may not be that easy to adapt to that life after a gap of 18 -21 months. For starters, the impending fear of another pandemic/ lockdown would always lurk in our minds. It will be a challenge to pack children off to school without worrying, even though reopening of schools in the next few months seems unlikely now. Even getting back to the workplace will have its own perils due to the same lurking fear. Meetings, official travel, official get-togethers and all may be a thing of the past, for the foreseeable future. Many companies have already started talking of partial work-from-home, even in the best case scenario, which implies that there would be some employees working from home and others working from office. That is likely to create a multitude of situations, which will need to be dealt with.

Regardless of the scenario that plays out in the next six to nine months, it is safe to assume that we would not have the comfort of adjusting to ‘a’ new normal. Instead, we would be expected to adjust to ‘a series’ of ‘new normals’ in the foreseeable future. 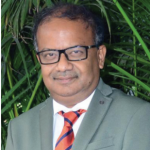 The author, Kinjal Choudhary, managing partner, D360One Consultants is a former CHRO. With over two decades of experience in HR across industries, Choudhary has worked with brands like Eicher, Pepsico, Amazon, HUL and ITC.

HRK News Bureau - August 2, 2022
0
Oracle Corp. has reportedly begun the process of laying off employees in the US, as a part of a cost cutting and restructuring exercise....

Why ‘lala companies’ must transform to compete globally