Saying that the pandemic and related restrictions over the past two years has changed our lives would be an understatement. There has been a definite shift in our understanding of almost all aspects of life. Society, as a whole, has evolved to a greater extent.

The very way in which we congregate, interact and move around, in general, has changed among other things. Looking at it through an industrial lens, the disruption of the workplace and prevalence of the concept of remote operation has gathered steam during this time and will probably stay for long. 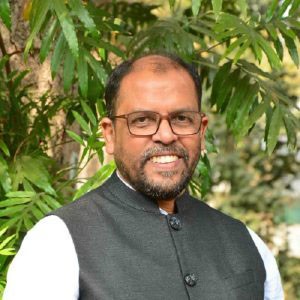 Technology has been a big enabler in this transition. It has also enabled another major change or bridge, that is, ensuring that learning and skilling of the general population continues to move forth, albeit in a virtual manner.

However, how much of its involvement in the learning process is justified? Should technology just act as an enabler for learning or should it dictate how learning takes place as we move forward?

That was precisely the topic for the third debate session of The Great HR Debate- LearnTech Special.

“However, today, technology is doubtlessly the driver of learningTech in today’s context plays a very significant role in not dictating learning but in enhancing it”

Prominent HR leader and former director of TMTC, Emmanuel David, moderated the debate. “There’s a crusade of technology ensuring that seamless learning continues as we move with the pandemic,” David commented while initiating the debate.

He highlighted how tech is gaining significance in the learning domain by citing studies which predict that by 2025 the e-learning market would go up to 325 billion dollars.

The prominent HR head said that e-learning has a plethora of benefits, increasing retention and providing flexibility in learning among the many benefits. With these opening remarks, David opened the floor to the panelists.

Pramath Nath was the first to put across his thoughts, saying that technology’s role should be that of an enabler. “Technology is a purpose-driven enabler of learning. It is but a facilitator and a contributor for learning to fulfill it’s role in upskilling. 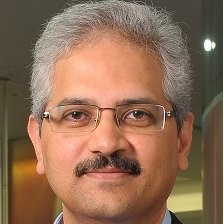 “I don’t want to get dictated on what to learn and when to learn. That’s why, tech cannot dictate learning”

Debating the role of learning as an enabler, Nath said that it should only expedite the process of learning, and thus, make it more interesting.

Pitching technology as a dictator of learning is like putting a cart before the horse, defeating its very purpose, according to Nath. He further explained that tech in learning has its drawbacks as well, as it is only a facilitator. “Technology has its limitations because it can be used at a pace at which the learner wants to learn.

From an organisation’s point of view, it can enhance but is just a tool,” Nath said.

In conclusion, he said, “Technology definitely facilitates the process of learning. It democratises the entire process. However, it should always piggyback on learning and not vice-versa.” 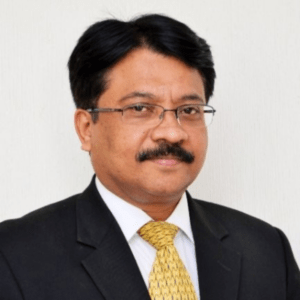 “Without tech, I cannot imagine how I will upskill the people of my company. We need to fully leverage tech. There is no going back to traditional ways”

Countering Nath, Dwarkanath explained that due consideration to the usage of technology in daily life is important in the debate. “If you would’ve asked me this question, 25-30 years ago, I would have just thrown it away without a thought. However, today, technology is doubtlessly the driver of learningTech in today’s context plays a very significant role in not dictating learning but in enhancing it,” asserted Dwarkanath.

“You must know how to apply tech judiciously. Leveraging technology in a country such as India is advantageous because it has a wide reach and compliments the disparities in infrastructure. With tech, education and learning can reach every corner of the globe,” Dwarkanath enunciated.

Ramesh Mitragotri opined that technology is a boon to enhance learning avenues, as it has helped in speeding up the process of learning. However, when it comes to dictating learning, it may not be the best suited.

“Technology has democratised learning as it has brought content to everybody and everywhere. It has acted as an enabler. However, with regard to whether it should support learning or dictate it, I believe the human mind looks for choice. I don’t want to get dictated on what to learn and when to learn. That’s why, tech cannot dictate learning,” Mitragotri said. 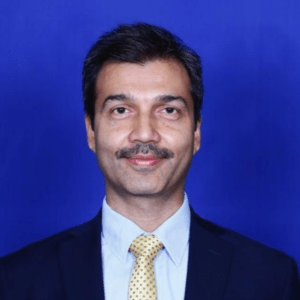 “Technology is a purpose-driven enabler of learning. It is but a facilitator and a contributor for learning to fulfill it’s role in upskilling”

C Jayakumar countered by saying that technology is already dictating learning and will further dictate it in the future. He says that learning is a continuous process. “Without tech, I cannot imagine how I will upskill the people of my company. We need to fully leverage tech. There is no going back to traditional ways. The question is not whether it will dictate learning but how it can effectively do the same,” Jayakumara opined.

The Great HR Debate – LearnTech special was powered by Hero Vired and co-powered by Skillsoft. 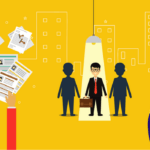 How happy employees at the shop floor can make the workplace...

NETAP and India Apprenticeship Forum together host discussion on leveraging the...