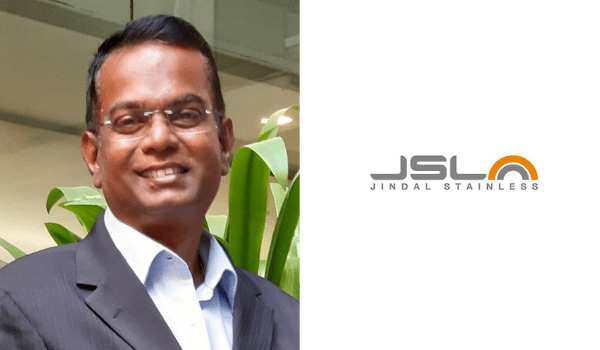 Suresh Bose has been appointed as CHRO at Jindal Stainless. The position was lying vacant since April after the sudden demise of SK Jain.

Bose comes armed with three decades of experience in HR and IR, especially in the aluminium and steel industry.

Though Bose has worked with several large companies in the past such as HMT (Hindustan Machine Tools), L&T, Mahindra and Mahindra, Madras Aluminium Company, Ford India and Sterlite Industries, off late he had turned an entrepreneur.

In an official communique, Abhyuday Jindal, managing director, Jindal Stainless, says, “We want to attract, hire, retain, and grow the best talent in the industry. Given his vast experience in all facets of human resources, I am confident that Bose will be a good fit to lead our future transformation through example and leadership.”

An enthused Bose says, “Jindal Stainless is poised for its next phase of growth. I look forward to propelling this growth through a highly engaged workforce, a transformative work culture, and progressive future-oriented policies.”

After completing his masters from the Tata Institute of Social Sciences in 1992, Bose was hired as a personnel officer at Hindustan Machine Tools (HMT). After a year he moved to Audco India, an L&T company and played a crucial role in setting up the HR processes at the company reporting to the general manager. Here he stayed on for around three years.

Bose’s next destination was Ford India where he joined as senior associate HR. Here he was involved in leading the talent acquisition. He also established the legal and compliance vertical for the company and played an important part in designing the compensation and benefits package at Ford India.

In 2000, Bose joined Mahindra and Mahindra at their hospitality business and designed the sales compensation package for the company resulting in completing targeted sales.

It was in 2008 when Bose became the head of human resource at Madras Aluminium Company and led its HR strategies for two years.

In 2010 Bose joined as the head of HR for Sterlite Industries, a Vedanta Resources group company. Later in around 2015, he was named the head of HR function for the entire group. In 2018, he was elevated to director in the CEO & chairman office, where his core responsibility was to review business performance and provide situational support to the business.