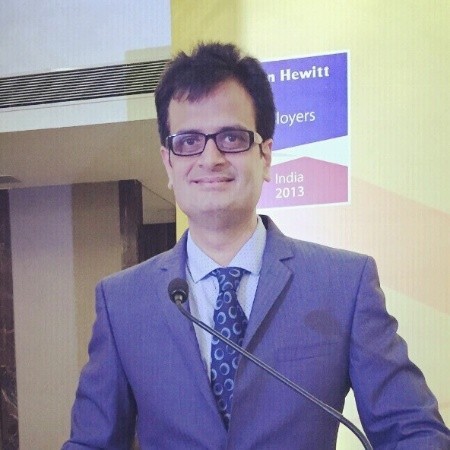 Maneesh Menda has been elevated as RBS India’s HR head. Menda will step in for Anuranjita Kumar, who quit in December 2019.

Prior to this, Menda was associated with RBS Business Services as HR lead-operations shared services, India, for more than four years.

As a professional, Kumar is known for her commitment to the D&I agenda. At RBS, she had introduced a series of successful initiatives in the diversity space, including medical cover for LGBTQIA+ couples. She was also responsible for creating an enabling space for women in the technology sector by framing an industry cohort called the ‘Women in Tech’ forum.
A chartered accountant by profession, in his new role, Menda’s responsibilities will primarily include supporting the Bank in order to achieve its goals and also play a pivotal role in shaping the organisation’s talent strategy and capabilities.

Having started his career as proprietor with M.A.M.Associates, Chartered Accountants in 1999, Menda has managed to gather rich experience in human resources, finance, audit, operations and risk in his almost two-decade long career.

Before joining RBS India in 2015, Menda worked with Standard Chartered Bank for over eight years. The position he last held there was that of head of performance reward and benefit delivery, Africa. At Standard Chartered, he also served as head- service delivery-South Asia-HR for over five years.

His association with the banking sector began only in 2006. Before that, he was working with Bharti Cellular as head-receivables. He has also worked with VNM Jewel Crafts, as head-operations.

In an official communique, Sood says, “The business environment around us has substantially changed due to the coronavirus pandemic. The role of HR will be redefined in the way it addresses the human capital within the organisation and leverages it to the fullest to build value, especially during these dynamic circumstances. Maneesh is very well positioned to transform our talent capabilities for greater impact.”

Menda shared his plan to focus on “optimising RBS India’s human capital and building an even greater place to work.”