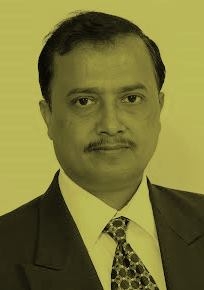 When the young Shailesh Singh came to Delhi with an aspiration to crack the civil services exams, he had no idea what the future stored for him. Over the next few years, he carved his own path and ventured on a journey, which would make him emerge as one of the most successful players in the HR industry. In a conversation with HR Katha, Singh, who is currently the chief people officer and director of Max Life Insurance opens up about his transformation from an aspiring civil servant to an employee advocate.

With an experience of over two decades in human resources management, it is difficult to imagine Singh in any other role. However, in reality, entering this domain was never his plan. After completing his schooling from a military school in the small town of Hazaribagh, Singh came to Delhi because his parents wished to see him become a successful civil servant. However, he soon realised that being a government official was never on the cards.

Currently employed as the chief people officer and director of Max Life Insurance, Singh has been responsible for developing and implementing successful human resource strategies that support long-term growth. He took his first step towards success when he qualified for the Institute of Rural Management Anand (IRMA), in Gujarat. After the completion of his course, Singh was determined to contribute something worthwhile to the society. The course at IRMA, which focussed primarily on the non-privileged members of the society, helped to give him an insight into the environment in rural India, the lives of the less privileged and the ways in which they can be helped.

On the completion of his course, Singh chose to join the National Dairy Development Board (NDDB). As a part of the talent developing programme in NDDB, he was deputed to Eicher Tractors for a year for direct exposure to HR. In Alwar, Rajasthan, he learnt the concept of total quality management (TQM), which became a milestone in Singh’s quest for the search of quality in every foundation.

His need to constantly challenge himself intellectually led him to quit NDDB and join SRF Finance. In a couple of years, when GE Capital overtook SRF Finance, he grasped the chance to explore his talent. Singh went to the company’s HR head, Raghu Krishnamoorthy, and asked him for a chance as the market HR head. “I told him that I knew he was looking for a market HR head and asked him to place his bet on me since he could still hire anyone he wanted if I did not deliver my goals in six months,” Singh recalled.

After spending over 17 years with GE, transitioning from the capital sector to the energy sector and then finally to the supply chain sector, Singh realised that the skills of an HR professional can be transferred across categories. During this time, he began to appreciate the importance of humility and diversity. Working with senior leaders made him understand the importance of people agenda. So, when he moved to India after a brief stint in Dubai, he knew that he needed trustworthy and dutiful people on his team.

The merger of SRF Finance and GE was a difficult period for Singh. He had to let go of hundreds of people and live with the realisation that the families of these individuals were equally at stake. One day, when he was sitting with the CEO, a gentleman walked in with a bunch of letters addressed to the HR head and handed them over to him. “I was so touched by his gesture that it has left an indelible mark on me. We are in a situation, where this person knows that i am going to ask him to go. But he is so dutiful and so duty bound that even in that hour, he does what was required of him.” Shailesh realised that he is not just an HR professional, but an employee advocate who cares for his team.

The result of Singh’s skill with people is apparent in the way he has handled Max life Insurance since he first joined in 2012, after quitting GE. On his arrival, the company was ranked 88 on the Economic Times list of top 100 workplaces in India. Within two years, in 2014, it jumped to the 58th spot. Singh’s ambitions are high. “We are sincerely hoping that we can get into the top 50 this year. Our goal is to ultimately be among the top five by the year 2020,” he says.

The humble, popular and approachable Shailesh Singh has raised the bar of performance for himself with each passing day. Drawing inspiration from the likes of Jack Welch, who was the chairman of GE when he joined GE, Singh has grown into a person with strong convictions and values. Shailesh has also been inspired by Mahatma Gandhi, “He inspired millions of people and he helped a country achieve independence. His ability to practice what he preached is what inspires me the most. I am and will forever remain a fan of Mahatma Gandhi,” he says.

Paneesh Rao: On a learning trajectory