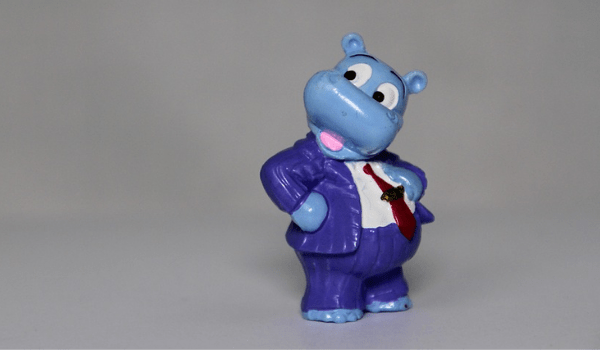 A perfect boss is an illusion. We either have a soft boss or a tough one, and though we learn to deal with both, it is often the tough boss who gets loathed a bit too much. More often than not, however, it is the tough boss we are reminded of when we face a certain situation. We have all been there when we felt a deep sense of gratitude towards a supervisor who may have come across as a little too strict at the time, but whose words of wisdom helped us sail through. So why is it that we accept and understand what our tough bosses wanted to say so late in our careers?

Emanuel David, director, Tata Management Training Centre (TMTC), quotes Norwegian philosopher Søren Kierkegaard, “‘Life can only be understood backward, but it must be lived forward.’ To explain that, it is only much later that we understand why certain things happened in the past. At that moment, one is not too appreciative of it. Sometimes, the errors on our part prevent us from appreciating the point of view. Sometimes, we don’t appreciate tough people because we feel humiliated. We are hurt by tone, tenor or choice of language. Over the years, I have realised that tough bosses have a responsibility and a paucity of time. One has to understand their perspective. That has been the learning for me.”

Tough leaders don’t wait for each person’s natural improvement to happen; they want accelerated improvement in the individual. There’s nothing wrong in it.

Citing an example from his own experience, David reveals that many years ago, due to some issues he couldn’t complete a certain task. His manager gave him a good lashing for that, which he thought was unfair. However, later, when his boss explained to David that he is a qualified person and he should have thought about the details of the job beforehand, he realised that there is more to the job than transmitting information. He admits that initially he didn’t like the person.

There’s a reason why employees fondly remember tough bosses and their way of getting work done. Rajendra Mehta, President & CHRO, Welspun India, feels bosses actually try to clone their behaviours. “If I am likely to be a detail-oriented person, I would push my team members for more detailing or probably for more data. These behaviours get inculcated in the team members. Even if it is a forced behaviour, the natural adaptation to that method of working happens. If the behaviour is right, it tends to help the employees. Good leaders will push for good behaviours, such as ownership, responsibilities. Therefore, people adapt and deliver. One tends to pick the good things from one’s manager and that is how one’s career shapes up.”

Mehta believes that a manager should be able to create a purpose. Sometimes it is through storytelling, as to how together, as a team, a purpose can be achieved. A sense of ownership and responsibility is missing in employees. Therefore, when a boss tries to put pressure on them or suggests that they own up, that’s when the initial resistance begins to brew.

Talking about what he does while hiring a new recruit, Mehta reveals, “When I hire, I tend to ask candidates to tell me about those people who influenced them throughout their life in various capacities. Largely, the responses are either father or mother for various reasons or school teacher or professional managers. If one identifies these reasons, one can understand the basic traits in them. Then one evaluates if they are the right qualities for an individual to imbibe.”

“One tends to pick the good things from one’s manager and that is how one’s career shapes up.”

Many may argue if a manager has only his team members’ interest at heart, why should he be so strict or a stickler for deadlines or rules. Tough behaviour isn’t without a reason. Paramjit Nayyar, Head HR, Bharti AXA General Insurance explains, “They want to get something out of it, they want team members to deliver results and they want to see them successful. If they see the bosses as strict, what’s wrong in it? Employees think there is an issue, just because bosses are objective, transparent, give feedback to their face, and do not hesitate to state the pros and cons. But that is not the case. Bosses believe that the acceleration of the team members to the next level of effectiveness should be faster. They want things to move faster because they are impatient and that’s why they come across as tough. They don’t wait for each person’s natural improvement to happen; they want accelerated improvement in the individual. There’s nothing wrong in it.”

We have to understand whether a leader is genuinely pushing someone for their betterment or not. One appreciates this later on in one’s career. With the passage of time, emotions are lesser and one sees things much clearly.

Nayyar believes employees need to be thankful to such bosses because they are doing a tougher job than the easy-going managers. The latter go softer on employees and often get praised by everyone. The tough one will always face difficulty because they are taking a difficult path and their team will be uncomfortable with them.

Sharing his own example, Singh recounts, “In 2012, I got a new supervisor. After an introduction call and one or two conversations, he didn’t speak to me for weeks. I was a bit surprised, so I called him. After an hour, he called back and I asked if I had displeased him in some way. He said with a lot of humility that his approach was different. The supervisor told me ‘I believe you are mature HR leaders handling your own portfolios as head-HR, I will call you when it is really needed’. That’s when I realised it’s nothing to do with the person. He just has a different approach to leadership.”

It is important to consider the factors that make us fondly remember a particularly tough boss, because the person has experienced personal growth while working with that particular boss. Otherwise, one would not be going down memory lane to feel thankful towards a wildly strict boss whom one did not appreciate initially. A lot has also to do with the passage of time and the experiences one has in one’s career.

Vaijaynati Naik, founder & director, CultureFit Consulting, points out, “One tends to look back with fondness at even very tough bosses, although one hasn’t learnt significantly and grown with them. While focusing on one’s job or outcome, even if one didn’t feel great about a particular situation earlier — thinking that boss was putting one on a continued self-correction path — such bosses are recalled later on with renewed respect. When one looks back once the emotion around the moment is over and one can think more objectively and dispassionately, one tends to feel warm towards that person because one learnt.”

Tough bosses have a responsibility and a paucity of time. One has to understand their perspective.

However, Naik does assert here that one needs to be careful of the leadership style. “If the leadership style is such that it is personal critiquing and not a professional one, one does not necessarily look back fondly. So we have to understand whether a leader is genuinely pushing someone for their betterment or not. One appreciate this later on in one’s career. With the passage of time, emotions are lesser and one sees things much clearly. It depends on the content and context of the toughness,” she cautions. Higher the degree of personal or unwanted criticism, the lesser one will want to look back with fondness, even after the passage of time.

It all depends on what kind of learning people get from their tough bosses. If it is incremental and leads to improvements in the way they do their job, they will naturally remember their bosses with fondness.

Why have different evaluation parameters for internal & external hires?