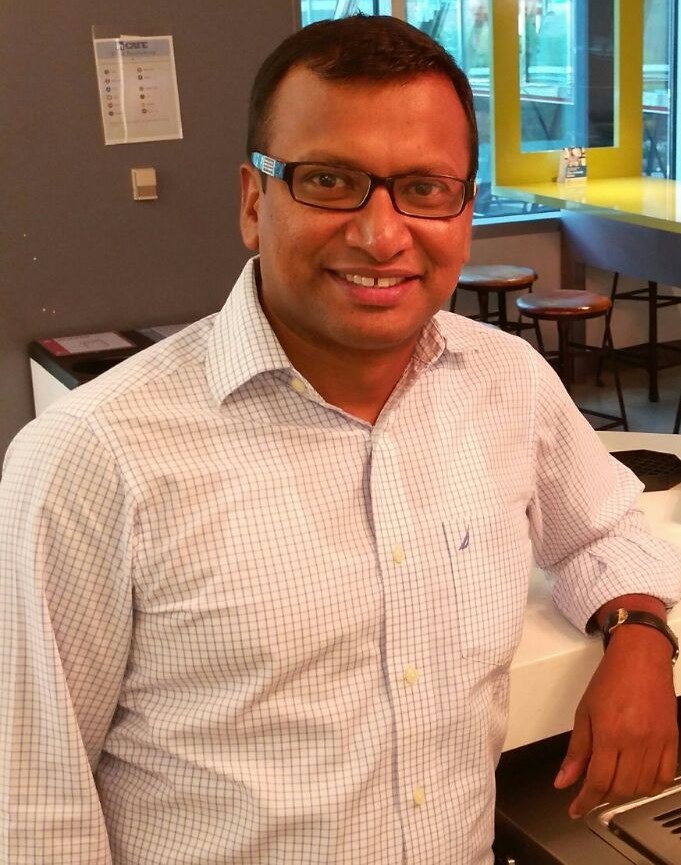 It isn’t always a smooth sail to the top. Subhankar RoyChowdhury, global head-HR strategy, M&A and analytics at Lenovo, had to make wise choices and constantly reinvent himself and acquire new skills to stay relevant. He shares his journey with HRKatha.

Here’s the perfect story of a small-town boy who had big dreams and the perseverance to achieve them. The story of someone who began his career in full swing in a generalist HR role and from thereon, has been able to make wise choices, hone his skills and strengthen his impact on the business world, outdoing all the challenges that ever came his way. Meet Subhankar RoyChowdhury, currently global head-HR strategy, M&A and analytics at Lenovo.

RoyChowdhury, an economics graduate, further pursued his MBA in human resource management and kick-started his career as an HR generalist at L&T. Considering the scale of the organisation, he had the privilege of learning from pioneer HR practices and getting hands-on experience working in different business units. Recalling his first job as his most memorable one, RoyChowdhury shares how he enjoyed being a part of a strategic team — that evaluated the HR technology solutions for 40,000 employees — and working in different units along with the added fun of staying in a fancy accommodation in Mumbai.

After having spent three years in L&T, RoyChowdhury felt more inclined towards HR technology. That is when, in 1998, he decided to move to Siemens Information Systems (SISL) in the US, by joining their PeopleSoft HR Team in India. He joined SISL along with 10 other HR functional consultants from various companies to be a part of the newly-formed PeopleSoft HRMS practice. At SISL, he received training on PeopleSoft, project management, cross-cultural working and other skills needed for the new profession. Along with the training a lot of excitement regarding the new role also built up.

“Sitting on the ‘bench’ is a terrible feeling especially when you have left a career to pursue a new one.”

However, hope turned to despair as after 10 months of waiting, SISL could not find opportunities. “Global software investment was focussed on Y2K implementation (1999) than ERP, and SISL also did not have any direct projects. Sitting on the ‘bench’ is a terrible feeling especially when you have left a career to pursue a new one” RoyChowdhury recalls.

Without losing hope and wasting more time waiting for a miracle, RoyChowdhury handled the situation with a strong heart. He walked up to the SAP practice head and offered to work on SAP HR domestic projects. After receiving training on SAP HR, he implemented a SAP HR project before moving on from SISL to join PwC in Mumbai, in 2000.

Talking of his new beginning at PwC, RoyChowdhury says, “PwC gave me an entrepreneurial opportunity by sending me to PwC Tampa, Florida for a month to be trained on their new B2E (Business to Employee) portal solutions and build that in India.” As soon as his wheel of work at PwC set in motion, PwC Consulting was sold to IBM and he was subsequently moved to IBM Business Consulting Services.

As they say, nothing comes easy – there was a sea change in the culture and style of work of the two companies waiting to test the level of acceptance one has. “Culturally, PwC and IBM were chalk and cheese. While the former was a partner driven, nimble, niche and entrepreneurial setup, the latter was publicly traded, colossal, complex and process focussed. It was a very interesting learning to navigate through the merged entity that had different cultures, leadership styles, structure and talent. Slowly, I started appreciating the strength of the processes that IBM built to manage the complexity,” RoyChowdhury says. IBM provided him a wonderful opportunity to work on a wider canvas of HR areas, such as e-Learning, HR outsourcing, organisation design, HR shared services and change management.

“It was a very interesting learning to navigate through the merged entity that had different cultures, leadership styles, structure and talent.”

The last consulting assignment he took at IBM was with Nokia — to build a Sales Competency Centre for Nokia Asia Pacific. Little did he know that he would soon switch to the then mobile phone giant itself, moving from consulting to generalist HR once again. “An invitation to join Nokia came in, and after eight years in HR consulting I again wanted to go back to the HR generalist role. So, I decided to join Nokia,” RoyChowdhury recalls.

Consulting is different from core HR, and talking of the shift, RoyChowdhury says, “In consulting as you grow, you get more revenue generation responsibilities and less hands-on consulting. In HR generalist roles, on the other hand, you continue to have a direct impact on business through your HR knowledge and skill. In consulting, you would always be considered a ‘consultant’ or an ‘outsider’ and that would be less fulfilling than being a part of an organisation and getting a stake of both its success and failure.”

This switch was a very difficult decision to make — on one hand RoyChowdhury felt that consulting had given him the opportunity to work in multiple countries, industries and HR functional domains; on the other hand there was a corporate HR role that could provide him a sense of belonging and the ability to experience the direct impact of his work. Although RoyChowdhury decided in favour of switching to corporate HR in Nokia, he still feels that his consulting experience is invaluable and has significantly added to his career.

Nokia, as everyone knows, was once the leader in the mobile phones market but had a bitter fall with the coming of other smartphones. RoyChowdhury joined Nokia in 2006 when the company was a market leader. It was at Nokia that RoyChowdhury faced the most challenging situations in his career when his roles were made redundant three times in five years because of multiple reorganisations in the company. However, in each situation he feels that he was given another role which was always better than the previous one. Recounting his learning, he says, “If you build a strong credibility through your work, success will follow. The frequent changes in PwC, IBM, Nokia and Lenovo have made me highly adaptable to change and given me the ability to take risks, which is very critical in today’s VUCA environment.”

“At Nokia, RoyChowdhury faced the most challenging situations in his career when his roles were made redundant three times in five years because of multiple reorganisations in the company.”

RoyChowdhury’s stint at Nokia as the head-HR, Middle East and North Africa, Dubai, took him places. He had the responsibility of building Nokia’s organisation in more than 15 countries from Morocco to Pakistan. Having spent over four years in the company, across nations, working with some of the best global talent and experiencing and building a great ‘Finish’ culture, RoyChowdhury felt the need to be back in India. So, in 2010, he joined Lenovo and moved back to Bangalore. Lenovo was then a $22 billion company compared to $45 billion today.

Sharing the scope of his work at Lenovo, RoyChowdhury says, “At Lenovo I had the opportunity to once again build a strong talent base for India and MEA regions that included building up the leadership teams, the HR Teams, middle management and business graduates from B-Schools.” In 2014, he was offered to lead global HR strategy, M&A and analytics. He is now responsible for due diligence related to mergers, acquisitions or divestures, partnering closely with the corporate development team. In a short period of time he has built HR analytics in Lenovo from scratch, and has made significant strides in developing strategic people insights in the areas of talent management, labour cost, strategic workforce planning, sales compensation and HR RoI measurements.

RoyChowdhury has had his share of experiencing organisation re-structuring, mergers and acquisition but he kept reinventing himself to be relevant. He believes that success is a journey and a state of mind where one needs to be always curious, restless and relentless for the next goal. He grew up in a very small town/Tata colony in the western district of Odisha that had a population of not less than 20,000 people. It had a happy, carefree and stress-free environment, which was oblivious to educational opportunities or career choices. Looking back at his childhood and early aspirations, RoyChowdhury says, “To me, success that time, when I was in high school, was watching the graduate engineers that Tata hired and just getting a job like them. But as I grew up and started working, my goals kept transforming.”

A true fighter, winner and an incredible leader, RoyChowdhury continues to inspire as he says, “If you have the right attitude, integrity and ethics, you will eventually be successful and overcome any challenges in work and life.”