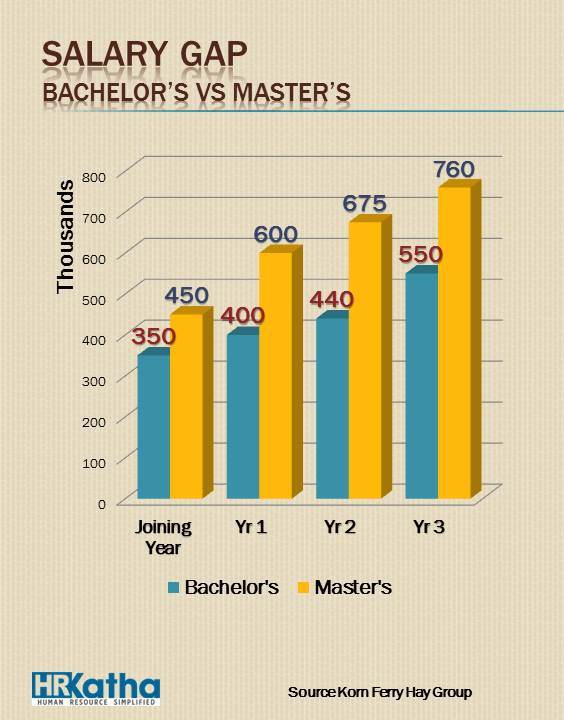 While salaries of postgraduates grew by 68 per cent in three years, they increased by only 57 per cent for graduates.

According to the Korn Ferry Hay Group, 54 per cent of the companies have a different remuneration policy for graduates as opposed to their standard pay policy.

The average hiring salary for those holding a bachelor’s degree is Rs 3.50 lakh, whereas people with a master’s degree get an average entry salary of Rs 4.5 lakh.

However, it is to be noted that this figure doesn’t include people from Tier I colleges.

The Korn Ferry Hay group has predicted that the average salary increase across job roles in 2016, will be 10.3 per cent.

In terms of sectors, hi-Tech and chemical industries is expected offer the highest increment at above 11 per cent. These two industries are expected to lead the market in terms of pay raises. High tech is the only sector where the increments are expected to be higher, though marginally, compared to last year. For all the other sectors, it is lower in comparison to 2015

In other sectors such as automobile, FMCG, retail and industrial goods, the average increments are expected to be between 10-11 per cent and in sectors such as construction & materials and oil & gas, the salary increase will be in the around 9 per cent.