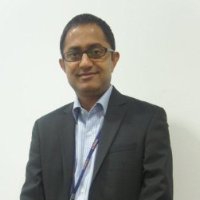 Misra, who will be serving his notice period till January 6, will soon reveal his future plans.

Fidelity National Financial’s vice president & chief human resources officer, Anil Kumar Misra, recently put down his papers after his more than a year long stint with the company. Misra, who will be serving his notice period till January 6, will revealed his next endeavour soon.

At Fidelity National Financial, Misra spearheaded the management of talent transformation initiatives, organisation culture building initiatives, implementation of RBO (role-based organisation) and finalisation of people strategy for 2017 along with other robust HR processes. He strategised a strong future pipeline whilst initiating varied impactful hiring strategies. His biggest contribution was recruiting a headcount equivalent to over 2800 for the first time in the company’s history, along with establishing fresh interventions to reduce attrition. He also established the ‘FNFI High Achievers Club’ to recognise and retain top talent.

Talking about his stint at Fidelity, Misra says, “FNFI was on a high-growth trajectory and I was hired to take this people organisation to the next level of excellence to support the business.” Misra also shares that introduction of role-based organisation, development of performance culture through the balanced score card approach, development of career tracks with clear role descriptions, enhancement of people management competencies through blended development programmes, besides implementation of strategic people policies were some of the positive changes the company observed during the last 17 months.

Sharing Misra’s decision to move from the company, Andy Giddings, CEO- Fidelity National Financial India, mentioned in an official e-mail to the staff, “Anil has been an instrument to drive the organisation towards excellence. His focus on company branding and his leadership development training for the management has paved the way for FNF India to continue to excel as an organisation.”

“Anil has now decided to move on to pursue further prospects in his career and on behalf of the organisation I would like to whole heartedly thank him for the diligent commitment and for the exemplary contributions over the last 18 months,” he further added.

Giddings also mentioned in his mail that Misra was awarded the CHRO of the Year and the company also received the CSR merit award during his time with FNFI. A few of the initiatives, such as ‘Chai Talks’ and ‘Fresh Eyes’ programme, initiated by Misra contributed significantly towards the betterment of the organisation and its people.

With over 13 years of experience working across industries and companies, such as Just Dial, Tesco, Patni Computer Systems and Oberoi Group of Hotels, Misra told HRKatha about his reason for moving —“ The company is going through a lot of strategic changes across geographies at the moment and since my career interest is not in line with the same, I have decided to move out.”

Misra, a science graduate, with a doctorate in performance management from the Faculty of Management Studies, University of Delhi, completed his masters in HRM from the Berhampur University and has been a topper in academics.

As per Misra, FNFI will not be immediately hiring any VP or CHRO to replace him. For the time being, two of the existing senior executives will be responsible for HR.