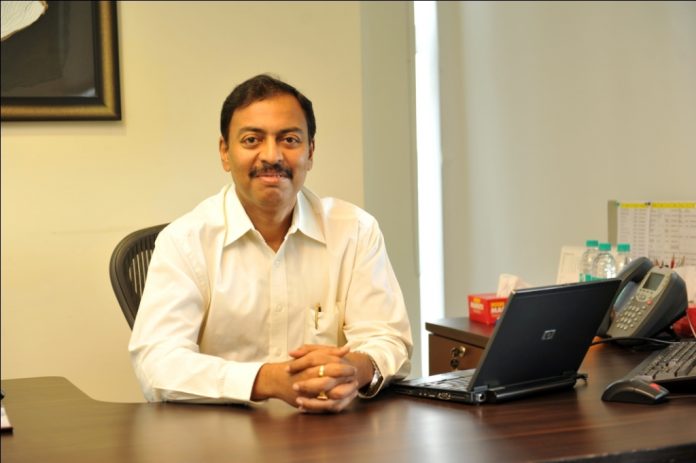 Twenty years in human resources has helped Amit Das, president and CHRO, Reliance Communications, change his outlook towards life. An avid reader, who derives insights from intellectually stimulating discussions with even his close friends, is a true global HR leader. HR Katha traces his professional journey and the learning that have shaped his great career…

When this fresh engineering graduate, joined Tata Motors (then TELCO) at its Jamshedpur plant, he was totally inundated by the sheer scale of operations at the automobile manufacturing unit. This was a learning phase for him; his focus was on to relate his knowledge in engineering with the plant environment, where people from varied backgrounds worked together. But soon enough, this young engineer, Amit Das, felt the need to do something which was different; something more.

Das, who is currently the president and CHRO at Reliance Communications, enrolled himself for a management degree in human resources. Meanwhile, he also joined the Kolkata-based power distribution company, the Calcutta Electric Supply Corporation (CESC). It’s at CESC where Das learnt the difference between doing a job and pursuing a career. He learnt the finer intricacies of people management during this seven-year stint. CESC provided him the steepest learning curve in personnel management.

He also had his share of learning at the B-school where he gained a holistic view of various facets of business and instilled a great deal of confidence to face the ambiguous business environment.

The discipline of ‘managerial effectiveness’ – elements, behaviours and enablers that give life to and create effective organisations – has always fascinated Das ever since the early days of his career. He strongly believes that his keen interest in this function has played a crucial role in shaping his career further.

At ITW Signode, a Fortune 500 company, where Das joined as the regional HR head, he got the opportunity to work on two disciplines simultaneously – industrial relations (IR) and human resources (HR). Out here, while he was responsible for all the white collar employees located across the 12 branch offices in the eastern region, he also had to deal with 3000 contractual workers located at various plants. In this role, he learnt to deal with uncertainty and also with situations, independently. To ensure the non-disruptive and smooth functioning of business operations, he had to simultaneously deal with both political and government stakeholders, and that too at a very early stage in his career. This experience added to the steepness of his learning curve as far as environment management was concerned.

For Das, the next destination was the biscuit major, Britannia, where he joined as the head of industrial relations at its largest manufacturing plant in Kolkata. In his new role his primary mandate was to change the people management practices from the IR end of the continuum to the HR end. Despite the environmental challenges, due to the volatile industrial relations climate prevalent in the eastern part of the country during those times, Das successfully steered this shift, with collaborations and partnerships with multiple trade unions. This experience taught him that relationships nurtured during stable times, can be leveraged effectively during crisis situations.

His wide experience across sectors has inculcated in Das, the sensitivity to effectively deal with employees and stakeholders belonging to diverse cultural and demographic backgrounds. He has learnt to appreciate and manage business agenda driven by diverse talent. His first global exposure came at the Indian Hotels Company (Taj group of Hotels), where he served as the head, HR, for the ‘leisure’ strategic business unit (SBU), which had 26 properties, both inside and outside the country. Here, he successfully conceptualised several organisational development initiatives to build a value-based organisation culture, which was imperative to the creation of a competitive advantage for business success.

Similarly, at Vodafone, when telecom was still a sunshine sector in the country, he got into a much wider global role of managing functions across Budapest, Cairo, Pune, Ahmedabad and Bangalore. He recalls this experience as being exciting yet challenging. The nine years he spent in this company, transformed him into a true global manager – responsible for both global HR strategy and execution, with the mandate to build and lead large and diverse HR teams across multiple countries.

In between these assignments, Das also worked with a start-up software company during the early part of his career. He had to start from scratch to set up an HR organisation along with necessary people processes and systems to support the fast growing business.

At Reliance Communications, his current place of work, Das feels it is a new learning everyday. This 47-year old, who is 25 years into his professional career, still finds it exciting to step into the organisation and drive the business agenda in a collaborative manner.

An ex-student of La Martiniere, Kolkata, he is actually a gullible, small-town guy at heart, having grown up in Batanagar, a small mofussil town 25 km away from Kolkata. His active participation in multiple events and forums, right from his school days has not only sharpened his leadership competencies, but also influenced his outlook towards life.

He says, “Overall, it has been a very satisfying journey. Each day, I learn something new, which caters to my inherent learning agility, and that is what makes this professional journey a most engaging one.”

Aarif Aziz: “It’s essential for leaders to learn and unlearn, and...