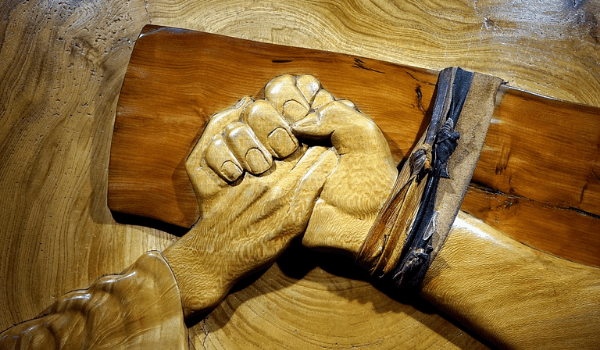 The Walt Disney Company announced its plans to acquire 21st Century Fox in December 2017. As the Disney effect percolates three years on, its reverberations are being felt in the top-most echelons of Star India. The media giant has bid goodbye to many senior leaders over the past year. The most recent exit of its chief, Uday Shankar, has set industry speculations abuzz. Rumour has it that a cultural mismatch may have played spoilsport between the mouse and the fox.

Surprised gasps may be echoing in industry corridors but veterans who have long been on the mergers & acquisitions playing field aren’t surprised. It is well known that the majority of announced M&As rarely see the light of day, and the role of culture in these fallouts is recognised too. Why then, despite the sea of evidence, do organisations continue to ignore culture at the time of a merger or acquisition? HR Katha talks to industry leaders to shed some light on the mystery and recommend solutions for a smooth transition.

Wake up and smell the culture

A variety of reasons including financial, technical and legal lead to M&A failure, but “they’re not significant,” notes Patnam Dwarakanath, non-executive chairman, GSK and veteran HR leader. “If you look at the statistics, most of the failed M&A are due to a lack of cultural alignment.” N Balachandar, managing partner, PGC Consulting, agrees, “The concerned entities don’t engage their employees to integrate the culture.”

The handful of M&A that do succeed, invest “time, effort and money to integrate their people, teams and practices effectively. Good financial integration isn’t the only reason for their success,” adds Balachandar. A thorough cultural assessment right at the beginning is a must, says Dwarakanath, as “No two company cultures are similar.”

“At the time of inking the deal, the focus is more on the financial, technical and legal aspects. There’s always talk of compliances and a hurry to close the deal.”

Most organisations are preoccupied with getting financial, legal and technical nitty-gritty in order to prioritise the cultural aspects. “People doing M&A are well aware of the key pillars,” says Dwarakanath, “but at the time of inking the deal, the focus is more on the financial, technical and legal aspects. There’s always talk of compliances and a hurry to close the deal.”

Balachandar further explains, “In a merger, you’re normally looking at the cost reduction targets or what we call integration savings.” This financial strength, customer base and potential growth that the merged entity will gain “takes precedence over cultural dimensions. Most of the time, financial metrics is the pure driver,” notes Balachandar.

It is not as if the culture is not considered at all. “Though everybody talks about it, ultimately they don’t do that kind of in-depth study at the time of signing,” notes Dwarakanath. “Even when all advice is given, organisations think cultural integration can be managed easily at a later stage.”

Balachandar adds, “They say ‘okay, we must be conscious of this’ but actually spend time on the cultural aspect only after the announcement is made.”

One of the reasons culture is taken lightly is perhaps because it is intangible. “Companies are into talking about numbers, ratios, synergies, alliances, technology, legalities and those kinds of things,” points out Dwarakanath.

“I think culture doesn’t get its due because it’s largely based on anecdotal evidence,” says Yeshasvini Ramaswamy, founder, Culturelytics. “We don’t have cultural analytics or the kind of granular detail that business planning experts look for.”

Some of the key symptoms of a cultural clash in a newly-merged or acquired entity include low employee morale and anxiety over one’s role and future in the company. “Any type of change induces fear and this is a transformational one so the first questions to hit anybody are ‘what will happen to me, to my boss?’,” explains Dwarakanath.

Balachandar adds, “I’ve heard many times – ‘Sir, you’ll buy us and then we’ll lose our jobs so let me find one before that happens’.” Such anxieties are common, rampant and start setting in “while the merger is being discussed and not even announced yet,” notes Balachandar.

“Most of the failed M&A are due to a lack of cultural alignment. The concerned entities don’t engage their employees to integrate the culture.”

The multi-level organisational change further stirs up unsettled feelings because “it affects the belief systems that the employee used to address in line with his company’s former culture,” says Dwarakanath.

Meanwhile, a drastic change in work process impacts motivation. If the new entity’s culture dictates that “your reporting structure has changed or that now you have to go to a committee when you have an idea, the talent will say ‘I’m out’,” illustrates Ramaswamy.

Lack of clear communication and transparency on the merger’s purpose and following processes further fuel fears. “If the workforce is kept in the dark and not comforted, the deal is bound to fail. Employee anxiety then leads to low morale, lack of enthusiasm and resistance to change,” points out Dwarakanath, “which finally results in lesser productivity and profits.” Experts believe that organisations must remember that it’s ultimately the people who make the difference.

One of the most prominent signs of a cultural disruption are senior and key talent exits. “The acquired company tends to lose its leadership team and there’s a vacuum,” notes Balachandar. “How best to retain the acquired company’s leadership is a big challenge,” he adds. Top management is the most vulnerable. “You can’t have two CEOs, CxOs,” explains Dwarakanath.

Companies also tend to lose key talent. “Competitors are waiting to grab the talent,” says Dwarakanath, “When a merger or any kind of restructuring takes place, you are bound to lose critical talent.” He explains further, “Particularly those who aren’t sure of their growth and future in the organisation and are capable of getting a job elsewhere.” In such a case, “the confidence of the key and critical talent at every level” is usually the tipping point.

Most importantly, the cultural match rests on the size of the entities in question. “The merger of two equals is a rarity and it’s usually more an acquisition”. When a merger of equals does take place, “both sides put in a lot of work because you have to invest more time to understand each other’s cultures and decide what the leadership will look like,” says Balachandar.

“Most companies prefer to portray it as a merger of equals, but it is usually not done justice in execution,” notes Dwarakanath. When aspects, such as “which company’s name will come first, where the headquarters will be, the number of board members from each side” are amicably settled, it’s a sign that “the entities are treating each other as equals”.

“You own the idea, not the people. And the idea can get richer only when you let people be.”

Acquirers are infamous for an ‘upper hand’ attitude. “There’s always the ego that my culture should prevail,” observes Dwarakanath. Balachandar adds, “With most large companies, that’s what you hear; the larger company gobbles up the younger or smaller one. Cultural dominance is bound to happen.”

Ramaswamy calls it the ‘big boy attitude’ that many acquirers bring in. Large companies often forget that it is the unique talent, technology or culture that made the entity acquisition worthy in the first place. “It’s a classic mistake that defeats the very purpose of acquiring the company.” As Ramasway rightly points out, “You own the idea, not the people. And the idea can get richer only when you let people be.”

Experts highlight key points to ensure a smooth transition. It is imperative to take the time and effort to “analyse the current cultures and compatibility, assess the kind of leaders, roles, structures and values they have,” points out Dwarakanath. Most of these facets should ideally be etched in the very terms of the merger, advises Balachandar.

“Rather than a ‘my way or the highway’ attitude, the agreement terms can dictate how much of the culture should be preserved and which critical positions will be retained,” says Balachandar. The strengths, best practices and policies of both entities can find a comfortable middle ground when given due diligence, believe experts.

A successful M&A eventually comes down to a process of discovery. There are many creative ways by which organisations can get acquainted with each other’s cultures. Balachandar recommends perception drawing and off-sites.

The resulting conversation between the leadership teams is bound to be fruitful. The rest depends on “a strong leader who ensures that the new entity internalises the best of both worlds and a board which enables smooth integration,” notes Balachandar.

Technology now helps organisations analyse culture intelligently. There are various tools available to help businesses assess current cultures and predict compatibility. These tools can “tell one how aligned the culture is with the financial forecasts,” explains Ramaswamy. Accordingly, the acquiring company can decide whether to invest more on integration budgets.