After an eventful year, that saw Spicejet, India’s low-cost carrier, struggling to pay full salaries to its employees, things seem to be returning to normal. Earlier, some employees with higher salaries had to face up to 50 per cent salary cut throughout the year. The airline had to face heavy protest from its employees when the salaries were deferred. However, now, Spicejet has paid full salaries to its staff for the month of September. Salaries have been restored to pre-COVID levels.

As was the usual practice, the salaries for the month of September were disbursed at the end of the month.

The airline has also introduced an ‘Interim Salary Structure’ for its pilots and first officers, which will have a fixed salary component and other variables attached to the salary. Earlier, due to the pandemic-induced crunch, the Airline had to resort to a block hour system where pilots were paid basis their flying hours. Now, as per the new interim system, the pilots will earn more than they did earlier. They will be paid extra for overtime and excess flying hours, in addition to the fixed salary.

Spicejet had introduced pay cuts and hourly wages to avoid any layoffs during the pandemic. If it were not for the second wave of the pandemic, the salaries would have ben restored to pre-COVID levels earlier this year. 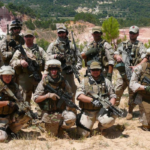 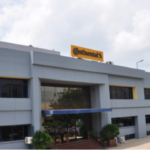 Private employees to get full salary during Delhi lockdown