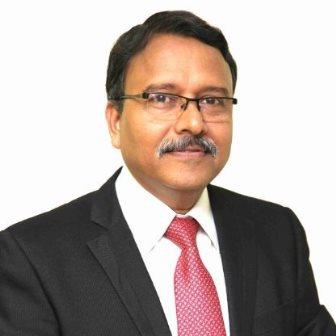 In a career spanning over 30 years, Vivek Kumar, chief human resources officer, Indus Towers, has worked with both the public and the private sector, and has managed people across industries.

A confident risk-taker and a people-focused leader, he shares his interesting journey with HRKatha.

Only a true people’s person can get attracted to people-related issues while having a successful career in an altogether different stream of work. A genuine human resource professional at heart, Vivek Kumar came into the world of work equipped as an industrial engineer. He began his career with ONGC back in 1984. Little did he knew, that his first job itself will present him a bouquet of people issues that will drive him towards choosing HR as a career.

Working with a large PSU such as ONGC provided him an exciting and challenging experience. The sheer scale of operations and market leadership position of the organisation taught him the importance of processes and uniform ways of working, and its impact on productivity.

Soon enough he also realised the importance of people in the success of an organisation and developed a belief that the right focus on people will not only create a clear competitive advantage, but will also become a real game changer for any business.

Kumar who is currently the chief human resources officer, Indus Towers, made his biggest shift quite early in his career, when he realised that human resources is the soul of any business.

“When I started as an Industrial engineer, I observed that the focus of the company at that time was mostly on people related issues such as human resource planning, identifying productivity measures, optimising number of people, designing incentive schemes and working around motivation and development of workforce,” he shares.

“As I spent initial 4-5 years on these aspects of human resources in the organisation, it made me realise that increasing focus on the people function leads to creating larger impact on people’s life as well as the business at large”. This is when he decided to shift to HR function.

When I started as an Industrial engineer, I observed that the focus of the company at that time was mostly on people related issues such as human resource planning, identifying productivity measures, optimising number of people, designing incentive schemes and working around motivation and development of workforce.

Having worked with ONGC for 11 years in a business profile, Kumar gained a rich experience that helps him as an HR professional even today. Aligning HR with business and talking the strategic language for delivering people related agenda comes naturally to him.

It was a risky decision, when the IIT-Kanpur graduate, decided to step into HR. He had to quit his job with one of Maharatna PSUs and shift to a small private sector company. Back then leaving the comforts of a secured government job which was also well paid must have been a challenging decision.

His biggest learning from the transition, though, was the importance of establishing organisation culture, and a climate conducive to people engagement and growth for success of any organisation.

He also learnt along the way that driving high performance through people should be the key priority of an organisation and here, the HR team has to play a very critical role of a facilitator and a catalyst for achieving the same.

“On the personal front, my belief further strengthened that taking risks in life, by making the right choices, is key to long term success”, he said.

In a career spanning over 30 years, Kumar has had the privilege of working across both the public and private sector and to learn from their differences.

Based on his diverse experience across sectors, he says, “The basic difference between the two sectors comes more from the way an organisation is managed by its leaders in terms of people and business practices. Many progressive public sectors can also boast of very good practices, which can be replicated in private sector and vice versa”.

In his view, while in the public sector, one experiences relatively longer term orientation in decision making, private sector displays higher speed, sense of urgency, risk taking ability and hunger to grow.

“At B2B companies with with low visibility and brand recognition, leaders have to play an important role in sharing the larger purpose of the organisation on a continuous basis, at internal as well as external forums to enhance awareness and respect.”

Kumar believes that being in HR function, it’s a great privilege to move across industries. He says, “I have seen six of them namely oil and gas, engineering, pharmaceutical, IT, ITES and telecom, and each one is a different world altogether in terms of business models, peoples profile, working styles, HR priorities, structures and culture”.

Kumar’s rich experience is not only spread across sectors, he has also tasted both sides of the business world working with both B2C and B2B companies. This exposure in fact makes him a successful leader that he is now, as he understands the different needs and expectations of people across these two sectors.

“From the people standpoint, the major difference comes from lesser visibility and brand recognition of B2B companies, as they do not directly deal with the end customer. In such a scenario, leaders have to play an important role in sharing the larger purpose of the organisation on a continuous basis, at internal as well as external forums to enhance awareness and respect”, he quips.

Managing HR leadership at a B2B organisation has its own set of challenges. It is to create brand awareness among employees and potential talent. Kumar opines, “Through its mobile towers Indus Towers touches the lives of more than 600 million people, multiple times in a day, however people at large are not aware about the organization. This is why it is important for leaders to put extra efforts in making its people feel the pride in being associated with the company”.

Adding to his versatile experience, an interesting phase in his career was his stint at Chicago when he was with Tata Infotech as the director-HR for the US & Canada operations. He was part of the company’s merger with TCS which was a successful one owing to the transparency of the process.

“At the time of merger between Tata Infotech and TCS, We worked systematically to map organisation structures, levels, grades, compensation, systems, policies and practices of the two organisations, for effectively bringing them on a common platform. This was followed by extensive communication and connecting with almost every person of the merging organisation, to address their concerns and apprehensions.”

He says, “We worked systematically to map organisation structures, levels, grades, compensation, systems, policies and practices of the two organisations, for effectively bringing them on a common platform. This was followed by extensive communication and connecting with almost every person of the merging organisation, to address their concerns and apprehensions”.

A confident risk-taker, Kumar believes that moving to different geographies and industries throws up new challenges and learning opportunities, which keeps you on your toes and enables you to make a unique contribution to the organisation, while continuously enriching your profile with new learning and experiences. In times of difficulties, it is his passion for people and the love for his work that keeps him charged. On the personal front, he values his family time the most.

He strongly believes that while it is important to deliver high performance in the current role, every professional should continuously visualise his intended future professional journey, invest time and effort to develop competencies in line with that, and keep on looking for appropriate opportunities.