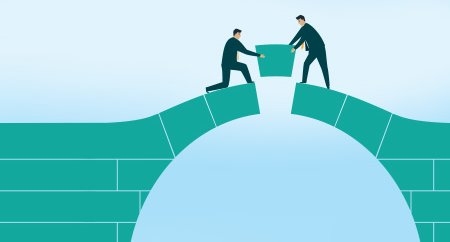 Health-related apprehensions, need for a temporary succession plan and ensuring business continuity are some of the worries that companies grapple with.

In times when businesses are opening up to the idea of more flexible and women-friendly policies to up their gender-diversity quotient, there are some practical struggles that they have to face. The biggest of all is the difficulty in filling talent gaps created in the event of ‘maternity continuum’ of women employees. A recent report reveals that most companies grapple to find alternative talent arrangements for the duration a woman employee is on maternity leave.

According to the recent report by AVTAR Group—Viewport 2018-‘Maternity Management in Corporate India’ — finding an alternate talent to fill in for the unanticipated temporary absence of a woman employee on maternity leave is the biggest challenge that 95 per cent of the managers reported.

Maternity continuum refers to the phases of maternity that a woman professional goes through in the event of pregnancy. 88 per cent of women felt that in the absence of guidance and support from mentors, managing uncertainty was a huge challenge, especially when there were health challenges involved.

The Viewport 2018 report is an outcome of a focus group discussion conducted among 275 working mothers and 150 corporate leaders in India, by diversity and inclusion consultants, AVTAR Group. As per the report, most organisations feel uncertain whether or not the employee will continue in the organisation after announcing her pregnancy. “Apprehensions about her health and the need for a temporary succession plan to ensure business continuity are amongst their worries,” the report said.

About 61 per cent of managers felt that this was a huge challenge impacting business continuity, especially when the woman employee is in client-facing roles or is not an individual contributor. The report also mentioned that 59 per cent of women said the aftermath of unplanned leaves was huge and put additional stress on them.

A lot of employers felt uncertain about an employee returning after pregnancy or even accepting the same kind of role. Moreover, companies were concerned that the manager will have to take extra work load or delegate work of the leaving employee to others in the same team, which, if not well planned, might result in overloading them.

The report revealed that managers also face the dilemma of when to start preparing an employee to return from maternity. “The reintegration process also poses the challenge of preparing her team, which is now getting used to not having her around,” it added. Therefore, to make reintegration smoother, managers usually end up reducing maternity returners’ responsibilities or changing their roles to ease up their work-related pressure.

About 71 per cent of managers said that in the wake of insufficient support from organisations (especially around childcare), this challenge made the reintegration phases less smoother. In some cases, the report revealed that managers ended up overlooking the underperformance of new mothers without communicating the same to them, not wanting to add more to their work–life integration worries, even at the risk of hampering team effectiveness.

Further, it said that while managers were open to offering the option of flexible working hours to maternity returners, it became a challenge if it was not supported by organisational policy. In roles that require team effort, the manager also needs to sensitise other team members about collaborating with this flexible worker, the report added.