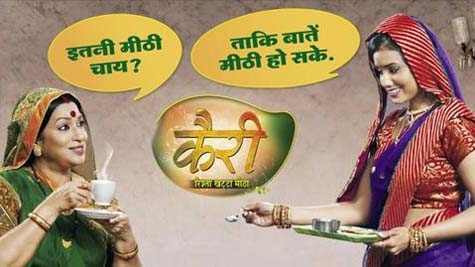 The phenomenon of women discriminating against other women at work—particularly as they rise in seniority—has long been documented.

Sexual harassment in the workplace is certainly a huge menace that the whole corporate world is trying to curb, with support from the administrative and legal authorities across nations. But what about mental and verbal harassment, that erupts from rudeness and incivility in the workplace? While sexual harassment involves people from opposite genders, women co-workers are known to inflict more mental pressures on their women counterparts as compared to their male colleagues, through their rude behaviour.

Termed as the ‘queen bee syndrome’, the phenomenon of women discriminating against other women in the workplace—particularly as they rise in seniority—has long been documented, and various researches have repeatedly revealed the same in the last few decades. A recent study by the University of Arizona suggests that women are more unkind to each other. They are more uncivil and rude, while interacting with women colleagues than with male colleagues.

While anyone would rightly argue that conflicts in thought, disagreements and arguments amongst co-workers are common across workplaces, the subconscious behavioural issues that women may face due to their female co-workers or bosses is something that remains unspoken. HRKatha reached out to women HR heads from various industries asking if they see the phenomenon as a workplace issue, but they refrained from commenting on the same.

Many women employees at the middle-management level from across industries and functions agree they have faced such behavioural issues at one or more times in their careers. From having insecure women bosses, who fret over the pettiest of matters, just to make things difficult for women subordinates, to having a women co-workers who are jealous of other women, who are more popular and attractive, women face various stereotypes in the workplace, that are actually subconsciously created by women themselves.

On the other hand, many women employees at the middle-management level from across industries and functions agree they have faced such behavioural issues at one or more times in their careers. From having insecure women bosses, who fret over the pettiest of matters, just to make things difficult for women subordinates, to having a women co-workers who are jealous of other women, who are more popular and attractive, women face various stereotypes in the workplace, that are actually subconsciously created by women themselves.

Acts such as putting down a co-worker, making demeaning or derogatory remarks, not including them in strategic team discussions, ignoring them in meetings, causing unnecessary pressure through impractical deadlines and non-supportive attitude are some of the issues that women employees reporting to women seniors report of more, as compared to men.

The issue is not just a corporate culture. The Indian society for long has been witness to a suppressed Bahu transforming into a tyrant Saas. In most cases of harassment towards the daughter-in-law, the mother in law plays an active role.

Researchers from the Southern Methodist University, Indiana University and the University of Iowa were also part of the studies, which surveyed men and women with regard to workplace interactions. The three studies found consistent evidence that women reported higher levels of incivility from other women than their male counterparts.

Moreover, with stringent laws around harassment in the workplace and the POSH guidelines in place, men are now more cautious about how they behave with their women co-workers. On the contrary, since there are no such rules around workplace behaviours concerning women colleagues, there is a higher probability of women becoming callous in their behaviour with other women in the workplace.

Take, for instance, the 2006 American film, ‘The Devil Wears Prada’ where the protagonist—Andy— an aspiring journalist is put through a great deal of embarrassment and work-life issues because of how her boss the editor-in-chief of a magazine, and a stern, excessively demanding woman pushes her to the extremes, and ultimately drives her to give up the job. Besides the central plot, there are various instances that depict jealousy and unnecessary competition amongst women co-workers, but supportive male workers in the film.

The phenomenon isn’t new. Its roots are embedded in how women have been treated by society since ages. In most parts of the world, men have dominated most of the matters, leaving women with very less authority. It is that need to gain control and authority and other underlying insecurities that probably make women nasty with other aspiring women in the workplace.

In a blog, Meredith Fuller—author of Working with Bitches, and a vocational psychologist and career change and development specialist—shares three main reasons behind women’s offensive behaviour towards other women at work. As per Fuller, women’s nastiness can arise because:

• They project their unwanted traits onto other women (especially their fear, envy, jealousy, suspicion, resentment, rage, anxiety or lack of self-esteem and confidence).

• They feel they can get away with it (as a sport, fun, panacea to boredom, delight in spite, and their lack of curiosity/tolerance of difference suggests they probably don’t like people anyway).

• They don’t have the interpersonal and intrapersonal communication skills to recognise or alter their behaviour.

Although this is a very subjective matter—one that cannot be explained enough— it cannot be denied or ignored either. Research by The University of Arizona also shows that employers can lose women employees who are bullied or mistreated at work. More so, workplace incivility can cost employers an estimated $14,000 per employee.

Experts believe organisations can control these things by ensuring a culture that encourages supporting each other for larger success, and open conversations wherein, all employees feel valued and constructive feedback mechanisms are in place.

All said and done, although women leaders may shy away from commenting on the same, the reality is that the phenomenon is not uncommon and many working women agree to being bullied by their women superiors or peers.

(If you too have an experience to share or even a disagreement here, do write in the comments section below.)

Childcare and parenthood no child’s play for Swiggy