With tensions in the global markets due to many reasons like the Brexit, HSBC is planning to cut close to 10,000 jobs to cut cost.

These jobs will mostly be from the US division of the bank and some parts of the retail banking operations in France.

The company is seeing heavy losses in the European region and the banking sector in France is going through a hard time. The bank is struggling with negative interest rates.

In the US, it is reported that the company might offload people in its west cost branches in cities like Los Angeles, Seattle and San Francisco.

Though, HSBC is seeing a good business in the Asia region as compared to Europe.

Noel Quinn, who is currently the interim chief executive of the company is working closely with his chief finance officer to cut cost.

Earlier the bank saw layoffs in the month August, this was the time when John Flint, the former CEO of HSBC abruptly departed after 18 months.

It was reported that Flint was having a hard time as the CEO because it was difficult for him to take hard steps to cut cost and axe some jobs in the company. 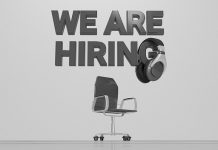 Samsung will recruit over 1,000 engineering graduates for its R&D centres

The ‘jury’ system of hiring