HR of the future has to adopt robotics and accelerate technology

HRK News Bureau - September 11, 2019
0
An analysis by Forbes and the World Economic Forum reveals that the future workplace, especially the human resources department, will have to focus on...

Time for women to lead organisations

Women leaders should be the norm rather than the exception.

Why India is at the bottom of Human Capital Index?

According to Human Capital Report released by World Economic Forum 2016, on June 28, India ranks at the top of the bottom quartile of the Index – 105 of 130 countries.

New skillsets will be required to thrive in the new landscape, attributed to new fields, such as artificial intelligence, machine-learning, robotics, nanotechnology, 3-D printing, genetics and biotechnology.

The world is heading towards a major job and talent crisis:WEF

There are currently over 200 million jobless people across the globe.

Kamal Dutta - August 10, 2020
1
There is a popular quip doing the rounds on social-media platforms about this whole resetting thing and chances are you may have come across...

Manoj Agarwal - August 6, 2020
0
You say “Thank you”. What they hear is, “Please accept my standard, HR protocol-approved format for acknowledging your most recent activity that was intended...

Jyoti Prakash Barman - August 7, 2020
0
The concept of remote working has seen exponential growth in the past few years. Even more so with the current pandemic situation. Having to... 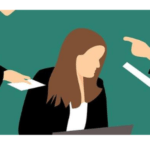 HRK News Bureau - August 12, 2020
0
Amidst the pandemic,when businesses have been struggling in almost every sector, the e-commerce businesses have flourished with the spurt in online shopping. Giants such... 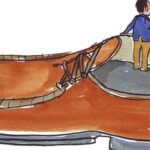 Leadership swap before a mass layoff

Arindam Goswami | HRKatha - August 11, 2020
2
Often, when businesses are in turmoil, the leadership is faced with the task of making some tough choices, and downsizing is one of them....

HRK News Bureau - August 7, 2020
0
The Telangana Cabinet has given its approval to the reservation of jobs for locals in all the new industries emerging in the state. While...

Arindam Goswami | HRKatha - June 4, 2020
1
You happen to have worked mostly with large organisations. How different is it working for a startup now? When you have worked for big...

ABOUT US
India's only digital daily for HR. We aim to provide HR, employees and employers with up-to-date and relevant stories everyday, helping them stay abreast with news and information at all times.
Contact us: sales@hrkatha.com
FOLLOW US
© 2020 India's most read website on Human Resources, Jobs & Career.