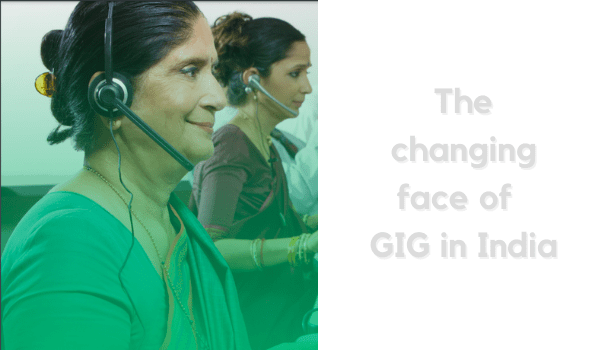 The GIG workforce has been there for ages but what has changed now is that technology- based platforms have formalised and unified the GIG workforce – there are over 200 million people, globally, as part of the gig workforce.

The biggest concern for the GIG workforce was reliability, which in the past was dealt through reference – but now the technology-based GIG platforms such as Uber, Ola, Swiggy and Urban Company have replaced the word-of-mouth assurances, and given the Gig workers a unified reliability and an increased trust quotient among the employers of gig workers – which includes individuals and corporates. 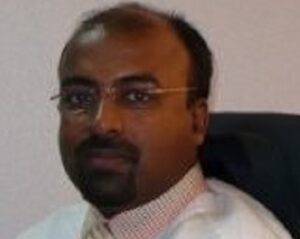 “The Indian government has recognised the GIG workforce and has included it in the new wage code. This itself shows how significantly this sort of workforce has taken up a share of the job market.”

The growing importance of the GIG economy is evident by the fact that governments across the world have initiated legislative and regulatory efforts to ensure there is parity with other modes of work. This ranges from classifying gig workers as ‘traditional employees’ to defining requirements, social protection and safeguards.

George Thomas, CHRO, Essar Oil Exploration and Production, says, “The Indian government has recognised the GIG workforce and has included it in the new wage code. This itself shows how significant a share of the job market this sort of workforce has taken up.”

Overall, 90 million jobs in India will be gigable, according to the BCG report, and out of these, construction, manufacturing, retail, and transportation and logistics could alone account for over 70 million of the potentially ‘gigable’ jobs.

Of the 90 million gigable jobs in India, around 87 million are likely to migrate to technology platforms, which will match workers with jobs available. Only 3 million will continue to operate offline.

Over 37 million jobs of the 90 million gigable jobs, are likely to come from the unskilled roles in these four sectors – representing daily-wage construction workers, packaging-line workers, retail helpers and loading and unloading personnel. In addition, we estimate that around five million jobs are potentially gigable in the shared services category – representing legal, facility management, transportation, and accounting services, among others.

In addition to the several existing gig jobs, many more jobs are likely to move to the gig platform, while many new ones will be created.

In the near-medium term, 24 million jobs will migrate to gig-based technology platforms. This will include almost three million jobs in shared services and more than eight million in servicing household demand, and the remaining 50 per cent will be operational roles, which require sector-specific technical or trade skills, and are industry-specific. The operational roles will be very high in construction, followed by manufacturing, retail and transportation and logistics.

The operational roles are further classified into the four broad categories – (professional, skilled, semi-skilled, or unskilled and depending on the industry. Organisations are likely to shift to GIG, sooner or later.

For instance, in the construction sector, for small builders, 87 per cent of the workforce will be contractual and around 6 per cent will be professionals, including architects, interior decorators, and civil engineers.

In fact, the demand for professional GIG workers is fast growing across sectors. As per another study, strategy, technology, and marketing were identified as the top three skills in demand in the GIG world for around 50 per cent of projects.

The International Labour Organisation (ILO) also defines the gig economy as per two types of jobs. The first comprises services enabled by online companies using websites and mobile apps that are typically performed locally, and the second comprises ‘microtasks’ that can be performed online and organised on a global scale 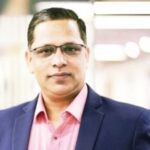 “In the future, for any work that can be delivered over the internet, irrespective of the industry, companies may look for gig workforce.”

What has changed post COVID is the demand and supply ratio. In addition, there is an uncertainty in the air, and many companies, especially MSMEs, are hesitant to restart hiring.

In such a scenario, GIG has and can become increasingly popular as it comes with a timely solution.

The Gig work broadens the pool of potential employers as per the demand expansion by ‘sachetising’ demand and lowering the entry barrier for hiring workers or services. It’s convenient for companies as employers also no longer need to hire someone full-time and commit to a monthly paycheck. Many of the MSMEs lack the scale to maintain high-quality, full-time workers for all their needs, and GIG is apt for them.

The major boost for the GIG workforce is a change in mindset. Companies have realised that Gig is not a stop-gap or temporary work option, instead it is a large and growing contributor to economic growth and livelihood generation across the world. 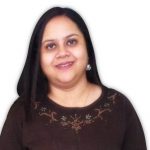 “There are perks of having a permanent employee is that they know the culture and the business very well and don’t need explanation every time. Having gig workers on board definitely saves cost, but certain roles and functions demand full time workers for the very nature of it.”

However lucrative or commercially viable a GIG workforce may be, not all can be GIG. It has to have a hybrid model where there is a judicious mix of the two.

Jayati Roy- director HR, Barco says, “The perks of having a permanent employee are that they know the culture and the business very well and don’t need explanation every time. Having gig workers on board definitely saves cost, but certain roles and functions demand full-time workers because of the very nature of work.”

“A product sales person should know the features of the product very well. So, it is wiser to have full-time employees for such roles,” she explains.

How ‘talent exchange’ was born out of this pandemic

How AQ has become the new competitive advantage at workplace