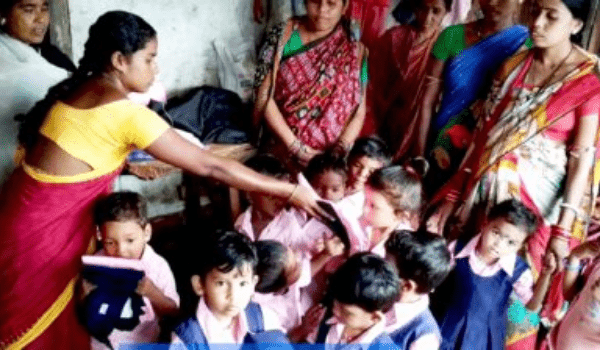 Hundreds of anganwadi workers have congregated in front of Chief Minister Arvind Kejriwal’s official residence, in Delhi, demanding recognition as government employees. The indefinite strike has been called by the Delhi State Anganwadi Workers and Helpers Union. The protesting workers are also demanding a hike in their honorarium.

Delhi State Anganwadi Workers and Helpers Union released a statement which said that honorarium compensation for the anganwadi workers was only increased in August 2017, following a 58-day strike. Currently, the anganwadi workers receive Rs 9,678 as honorarium, while the helpers receive only Rs 4,839. The protesting workers want this to be increased to Rs 25,000 and Rs 20,000 respectively.

They have said that the strike will continue indefinitely and refused to be pacified with written assurances. The reason behind this was the fact that the Government had announced an increase in the honorarium pay in September 2018, but never implemented the same. The statement released by the protesting body further pointed out that the Delhi government had issued a notification in September 2019, which announced deductions of Rs 900 and Rs 450, respectively from its share towards the honorarium for workers and assistants.

The plight of anganwadi workers remains more or less the same everywhere it seems. In Maharashtra, an anganwadi sevika is paid a monthly honorarium of Rs 8,000 only, while a helper earns Rs4,250. This is way below the recommended minimum wage in the country, of Rs 375 per day and monthly wage of Rs 9,750.

This food-delivery app wants all employees to deliver food, even the...

ForeignAdmits to expand team by 100