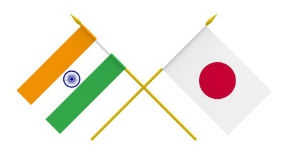 India will now be able to send technical interns to Japan for on-the-job training for three to five years.

India and Japan have signed a Memorandum of Cooperation (MoC) on the Technical Intern Training Programme (TITP). The MoC was signed by Dharmendra Pradhan, Union Minister for Petroleum & Natural Gas and Skill Development and Entrepreneurship in Tokyo.

The MoC between the two countries on TITP will help boost skill development in both countries. This MoC is important for India, because Japan has signed such an MoC with only two other countries before.

With this MoC on TITP, India can send technical interns to Japan for on-the-job training for a period of three to five years. In 2016, about 1,08,709 technical interns entered Japan from various partner countries, such as Vietnam, China and Indonesia that account for large numbers. By the end of 2016, there were around 2,30,000 technical intern trainees in Japan, who had come from multiple countries for training.

Japan has advanced technology, while India has rich human resources. The synergy between the two will transform both the countries into new centres of production in the global industrial network. In this regard, they underscored the potential to further cooperate in human resources development and exchanges, utilising such frameworks as Japan’s TITP.

According to the Ambassador of India to Japan, Sujan R. Chinoy, there is scope for India to enhance its participation in Japan’s TITP, thereby contributing to Prime Minister Narendra Modi’s vision of India as the largest provider of skilled workforce to the world.

The TITP is an ideal platform through which the complementary strengths of India and Japan could be leveraged for mutual benefit. Upon their return to India, the technical interns trained in Japan under the TITP would be an asset for the Skill India initiative.

Earlier, in November 2016, during Prime Minister Modi’s visit to Japan, both the countries had signed an MoC on skill development under the Manufacturing Skill Transfer Promotion Programme, through the establishment of Japan–India Institutes for Manufacturing (JIM) and the Japanese Endowed Courses (JEC) in engineering colleges designated by Japanese companies in India.

The Manufacturing Skill Transfer Promotion Programme aimed to train 30,000 persons over the next 10 years, with Japanese style manufacturing skills and practices. The first four JIMs were established in the states of Gujarat, Karnataka, Rajasthan and Tamil Nadu in July–August 2017 respectively by Suzuki, Toyota, Daikin and Yamaha. The first Japanese Endowed Course (JEC) was offered at the NBKR Institute of Science & Technology, Andhra Pradesh by Meidensha Co. in September 2017.

Infosys will continue hiring 6,000 engineers annually for next 2 years

TCS reduces H-1B visa application to a third of 2015