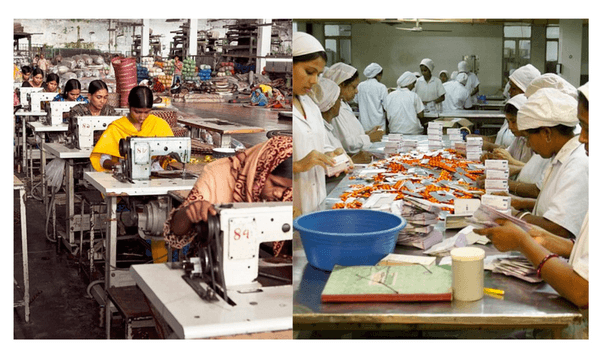 Labour force participation: Gender gaps in LFPR, though not uncommon, are unequal across the globe. For instance, in North Africa, the Arab countries and South Asia, women are only one third as likely as men to be economically active. This is because, the social norms in these areas cause barriers that keep women from actively participating in the labour force, explains the World Employment and Social Outlook Trends 2023 report by the International Labour Organisation (ILO).

Four out of five jobs created in 2022 for women were informal, versus only two out of three for men.

Jobs gap: The global jobs gap — a new measure of the unmet need for employment in the world — stood at 473 million people in 2022, corresponding to a jobs gap rate of 12.3 per cent. The global jobs gap comprises the 205 million unemployed – corresponding to an unemployment rate of 5.8 per cent – and 268 million people whose need for a job has not been fulfilled, and hence, are part of the labour force, as they do not satisfy the criteria to be considered unemployed.

This jobs gap is huge, especially for women and in developing countries. Even though men and women presently have similar global unemployment rates, the jobs gap for women is 15.0 per cent, compared to 10.5 per cent for men. Personal and family commitments and responsibilities (including care-giving work for which there is no payment), the dearth of decent job opportunities, and absence of possibilities for (re)training keep many people from taking up jobs, thus, limiting their availability to work at short notice. Job gap rates are high in low-income and lower-middle-income countries, that is, in the range of 13 to 20 per cent. On the other hand, in the upper-middle-income countries, the gap is about 11 per cent and high-income countries post a gap of only eight per cent.

Employment growth: The ILO report predicts that in the coming years, employment growth will see a pause and workers will find it difficult to get quality jobs. Real incomes are expected to drop, due to the dynamics of labour supply and demographic change. Additionally, the structure of labour markets will vary from country to country, and so will the rate / pattern of job creation and job loss. The labour market outcomes will vary too depending on the demand and supply of labour and differences in worker remuneration.

Inequalities in the workforce: The fact that inequalities exist in the workforce is clear because women and youth have had a worse deal in the labour markets, in most countries. Globally, the labour force participation rate of women stood at 47.4 per cent in 2022, compared with 72.3 per cent for men. There is a significant gap of 24.9 percentage points between genders. That means, there are two economically inactive women for every economically inactive. Young people between the age of 15 and 24, find it tough to obtain jobs. Their unemployment rate is three times as high as that of adults, that is, those aged 25 or more. More than one in five – 23.5 per cent – of youth are not in education, employment or training (NEET).