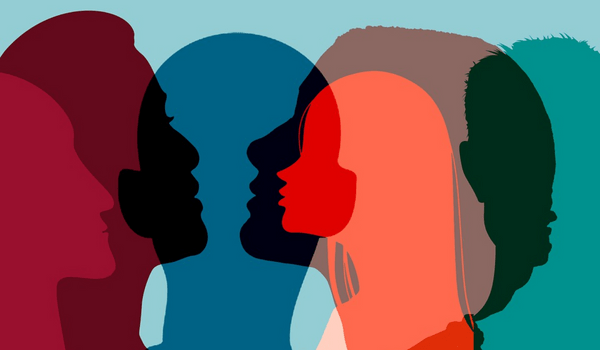 Despite an increasing number of women adhering closer and longer than ever to the route of career success — higher education, industry-selection, technical qualification and upskilling — the process of closing the gender gap remains tedious.

Even the expected expressways to the top corporate echelons such as B-School Education don’t seem to provide the same traction and pace to female professionals as their male counterparts.

A recent research study published in the journal Organisation Science, earlier this year, suggests that undervaluing high-achieving women is one likely culprit. The authors surveyed former and current hiring managers and recruiters to evaluate a set of candidate profiles that were overqualified for the given jobs and consider them for the role. Since recruiters seldom systematically record their reasons for rejecting an applicant considered for a position or promotion, the researchers authoring the study used this experimental method for their analysis.

They concluded from their findings that recruiters are more comfortable accepting women applicants to positions that they are overqualified for, compared to their male counterparts. The reason is gender-biased assumptions about loyalty, ambition and commitment. Although this may seem like a positive insight at first, it ultimately means that even highly-qualified women tend to be paid less for performing the same roles as men of equal merit and functionally the same skill sets.

What are the assumptions?

Men are more competitive & ambitious: People, in general, are likely to assume that a man would be more competitive, ambitious, and egocentric about his career progress compared to a woman with practically identical qualifications. Such assumptions are rooted in gender-stereotypes, which in turn, stem from norm-prescriptive parochial sociocultural beliefs and a traditional gender-essentialist notion of attitudes and personal values.

Women are less aggressive & adventurous: The classical typecast of women being considerate, caring, compassionate, conciliatory, and cooperative and men being aggressive, competitive, expeditious, and adventurous, though significantly eroded in its direct traditional form still manifests in myriad insidious ways, not in the least prominent, in the corporate sector.

Men are more likely to switch for career advancement: The study showed that the general opinion of people is that men give more importance to advancing their careers than staying in a particular company. It found that extraordinarily highly-qualified males were perceived to have an average 19 per cent higher likelihood of switching jobs when a better opportunity presents itself than those with just the adequate qualification for the given role. Men with exceptional qualifications are seen by hiring managers as being mercurial with their jobs. Hence, overqualified men are often rejected by recruiters for the simple reason that the latter believe that such candidates would likely jump ship at the first better opportunity.

The study reported that male candidates who possess exceptional qualification for a particular designation have a 25 per cent less chance of being hired vis-a-vis comparatively less but sufficiently-qualified female candidates.

Women are inherently loyal: On the other hand, people are generally not anxious about the likelihood of women departing from a workplace to seek greener pastures. Although, people believed in the correlation between exceptional candidature and career commitment, they ascribe a different priority order of matters to women. Hiring managers treat extraordinary qualifications as a strong sign of career commitment for women as well, yet take their persistence at the firm for granted, assuming that women candidates are inherently loyal to the firm. The findings of the study indicated that exceptional women are viewed as 20 per cent less likely to leave the firm and 26 per cent more likely to be consequently selected for the position, when compared to their male counterparts.

Thus, in general, recruiters tend to assume that overqualified male applicants would be likelier than overqualified female applicants to switch in the future, due to a difference in the general perception of characteristic attitudes, thus favouring the latter while hiring.

While men are seen as career-committed – inherently ambitious and hence likely to use the job as a launchpad or accelerator for their careers —even highly-qualified women are taken by default to be firm-committed and less likely to switch to more lucrative opportunities.

The assumed dichotomy of women being collectivists and men being individualists leads to women being critically scrutinised for their career-loyalty and men for their firm-loyalty. This essentialist typecasting belief in men being ambitious, individualistic and competitive and women being loyal, community-oriented, and attached could potentially stagnate women’s career growth within the firm, making them less likely to receive a raise or promotion, thus reinforcing the gender pay gap and the glass ceiling.

Women tend to compromise on pay: Women tend to hesitate more compared to men when asking for their due credit and rewards out of fear of being typecast. Many feel that demanding competitive compensation would earn them labels like being deemed as ‘bossy’, ‘dominating’, or ‘demanding’. Such stereotypical labels are used with an unfair skew against ambitious women. Women are likely to settle for underpaying jobs as well as more inclined to continue in roles under their worth out of fear of adversely affecting their relationship with their work-peers. Recruiters perceive that attachment with colleagues and coworkers can keep women from leaving their workplaces, and may attempt to leverage the same to retain them at stagnant compensation. The economic gender disparity is thus fuelled by a gender disparity in behavioural expectations.

What can women do?

Be self-aware: It is thus important for women to be self-aware of their qualifications, not underestimate their profiles, and be cognizant of their suitability for a given role. Female candidates should consider benchmarking themselves against their counterparts, proactively seek multiple opportunities, and insist on getting their deserved due rather than settling for a less-rewarding role or opportunity. It is important for candidates to be mindful of the trade-off between stability and rewards and the fact that stability and stagnancy are often two sides of the same coin in the modern hypercompetitive corporate milieu.

Firms that assume that female employees will stay constantly with them irrespective of their skill and experience, do not do due justice to their competency. Their unfair treatment hinges on the belief that women are by their very nature, too emotionally invested to seek an advantageous position elsewhere. Hence, with women employees, companies often pass on providing usual retention measures such as raises, promotions, and bonuses which are preemptively deployed to prevent employee decamping.

Explore multiple / diverse job options: Highly-qualified women employees could consider exploring diverse employment avenues and actively seek out other opportunities, leveraging the same in order to bolster their likelihood of getting promoted to better-deserved positions. However, the fact that multiple dimensions of gender bias are also encountered in the hiring process in general, compromises the same leverage and compounds the problem of women professionals being taken for granted.

The study found that most recruiters view it as a favour to offer low-paying jobs to highly-qualified women as they assume that the job being offered by them itself is an escape for the women from an (even more) underpaid job. Thus, absolute and relative disparities form a self-fuelling feedback cycle.

The likes of the said assumptions are made spontaneously, owing to our ingrained notion of gender essentialism, which is a result of sociocultural conditioning, something every human experiences to varying extents, degrees and specifications depending on their social context and lived experience.

These biases become internalised over time and crystallise into our second nature. Biases are inseparable from human decision-making, especially in the context of prevailing urgency, as in the case of recruitment processes. Our mind is wired to try to discern spontaneous patterns in limited data by filling the gaps based on our past experience.

What can employers/firms do to ensure gender equity?

Periodic reviews: For a firm, standardising and periodically reviewing its recruitment, assessment, appraisal, promotion and retention process will go a long way in bringing about gender equity.

Objectivity in hiring: The human element in the hiring process should be moderated with much-needed objectivity. Informal evaluation of profiles by the discretion of individual hiring managers relies heavily on instinctive assumptions, making such a hiring process prone to prejudice and biases. Interviews should be preceded by objective assessments of aptitude, personality, and relevant technical skills and competencies.

Administering such standardised psychometric and merit tests will help minimise the influence of perceptual biases in the recruitment process as it would bypass the need for the hiring managers to make a multitude of subjective assumptions in a short span of time owing to constraints of time and access.

Establishing two-way transparency: HR managers should focus on gathering direct insights into the goals, motivations, and expected career trajectories of their employees through constructive and encouraging interactions. By inquiring with their prospective and existing employees in an unambiguous, stigma-free, and supportive manner, companies can map respective short-term and long-term objectives and establish a two-way transparency with their employees. It would thus facilitate the task of checking the alignment of ambitions and establishing a roadmap of achieving shared goals.

Gender blindness: Being consistent, objective and gender-blind in hiring and promotion-related decisions will also help an enterprise curtail attrition and optimise its human resource utilisation. By precisely matching their talent to relevant roles, firms can enhance compatibility and job fulfilment of their women employees, thus curbing the risk of losing them to rivals.

The research discussed afore, illustrates one of the systematic barriers that women face at every stage and in every sphere of their lives. Stereotypes and structural dichotomies serve as impediments to the socioeconomic progress of women. The process of recruitment should be based on the candidate’s competency for both ethical and utilitarian reasons but studies clearly indicate that this isn’t often the case in reality. Employers must, therefore, put in due effort to proactively take cognizance of these pernicious intrinsic biases and work towards avoiding their influence on their hiring process.

The author, Pitamber Kaushik is a student at XLRI Jamshedpur, pursuing PGDBM (MBA).