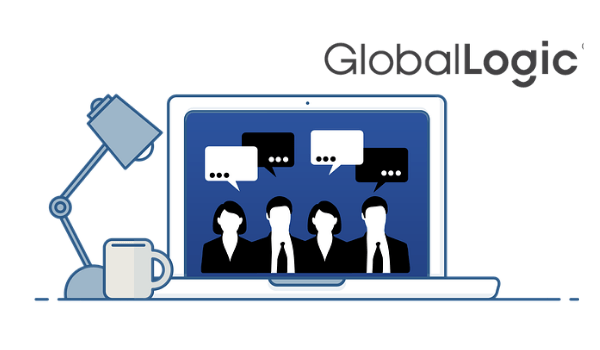 The HR teams at GlobalLogic India have been on their feet throughout the year creating virtual experiences for the workforce that seamlessly replicate the physical work environment. “We recreated our whole cultural fabric in a digital way, which was not easy,” says Neeru Mehta, VP – people development, India head – HR, GlobalLogic. The teams were clear that template recreation solutions, such as games that commonly receive half-hearted participation would just not cut it. “I think it’s more about meaningful conversations on their growth, development, and concerns, and counselling them right,” notes Mehta. “When people see growth, engagement happens.”

Setting the ground for a plethora of informal group conversations was the Company’s strategy to engage employees virtually this year. “If one is at home but virtually a part of these four or five groups, one will always stay engaged,” explains Mehta. “That’s our strategy. We’re plugging in these forums and meetings so that even outside of work people are somehow engaged with the organisation.”

“We introduced things, such as watercooler conversations on Zoom. The idea was to try and give newcomers a feeling of getting to know each other.”

One of the major challenges was offering the complete GlobalLogic experience to new employees virtually. “Our marketing and HR teams put together a sort of 3D view of the organisation, so that anyone could visit a virtual GlobalLogic office from anywhere,” informs Mehta. With the absence of informal banter between new and old employees that organically happened in a physical workspace, the next challenge was to engage new employees once they were onboarded.

“We introduced things, such as watercooler conversations on Zoom,” says Mehta. The virtual meetings brought together all the new employees with the people who were welcoming them in an informal setup. “We spoke about everything that’s not covered in the induction. The idea was to try and give newcomers a feeling of getting to know each other,” adds Mehta, because ” In a virtual work environment, calls tend to become very formal and agenda-driven.”

By, of and for the people

The digital product-engineering services company also took this year as an opportunity to “experiment with getting our employees to participate in a lot of decision-making,” shares Mehta. “We created a country-level Citizens Club that was virtually elected by the people,” she informs. An 80 per cent millennial workforce was part inspiration for the forum. “We wanted their viewpoints rather than making assumptions. We wanted them to work with us on things that matter to them, such as work-from-home policies and what they should look like.”

GlobalLogic India’s HR teams had a real-time finger on the pulse of the workforce. “Glint is an online tool that has the ability to pulse people at any time, aided by a couple of questions,” explains Mehta. “We’ve been pulsing people on how they’re feeling, what kind of support they need, what they’re looking up to their manager for at a particular time.” The real-time insights at the click of a button not only helped the teams predict where a problem case was emerging but also take swift and accurate action.

The Company witnessed learning hours shoot-up during the pandemic. While time saved on commute was one of the enablers for enthused participation, Mehta adds, “The increasing feelings of job insecurity during the pandemic really made people realise that upskilling is a must. It is not something they could leave to choice anymore. We saw that level of awareness and responsibility to take ownership of their own upskilling go very high.”

The skilling programmes that GlobalLogic India offered its employees were focused on future-forward skills. “We wanted people to know we’re very invested in their growth. We had a digital academy, which focused on a few absolutely niche focus areas. We also had data engineering, architecture and consulting academies,” states Mehta. The Company also held workshops for its managers on how to better recognise teams. “We realised that in the virtual work environment, our managers need a little bit of mentoring on how to recognise people when they’re not in front of them.”

GlobalLogic India’s leadership engaged with the workforce through storytelling. “We had a ‘Leaders Inspire’ series comprising 20 mini-sessions lasting not longer than 45 minutes,” reveals Mehta. Leaders picked a topic of their choice or one suggested by their team and approached it with stories from their own life. “Topics, such as resilience or parenting during the pandemic had leaders sharing personal stories instead of making it a lecture or monologue,” explains Mehta.

Giving the workforce a glimpse of the vulnerabilities of leaders went a long way. “People were really inspired because they realised that everyone is managing and giving the same message.” The workforce also received e-mails from the MD’s desk that highlighted a new employee success story each week. “Within our organisation and the tech landscape, we have diverse career paths,” explains Mehta. “Therefore, we created a full view of success stories of people on these career paths.” The infographics visually presented “how they can grow, what enables that growth and what are the accelerators,” shares Mehta.

A slew of activities keeps the Flipkart workforce engaged

Gartner’s NEAR model for remote-employee management