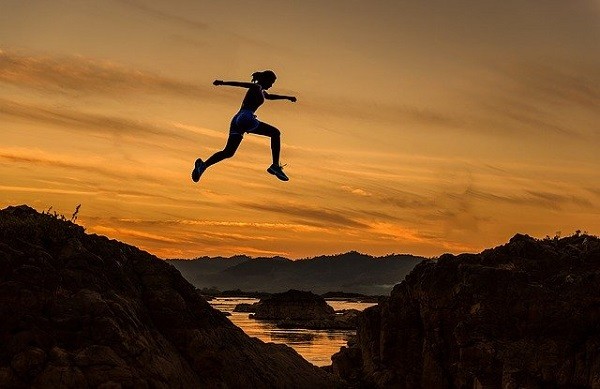 Sushil Joshi, SVP and CHRO, Adani Airports, recalls when in the 1990s, he was working at Eicher as a frontline HR officer. Back then, the Company was undergoing a drastic change in management style.

“Having a culture of courage is not merely a good thing to have, but a must in organisations today.”

Those were times when the plant head, at conventional manufacturing companies, was the supreme leader. He would usually be an impatient person who would not tolerate any disagreement. At that time, pointing out the fallacy, a consultant convinced everyone how important a bottom up approach is, instead of a top-down one, to ensure success as an organisation. This meant behavioural changes among the leadership and a total conversion from instructional-led to consensus-based leadership.

It was tough for the management to change their style of leadership. However, in the end, they tasted success. In return, employees developed to an extent where they were able to give their best and exercise great ownership within the organisation.

Due to the change in leadership style, employees and managers at a lower level were able to learn much more in a short span of time. While the average age of heads of departments (HOD) at that point in time in manufacturing was around 50 plus, managers at Eicher were able to reach that level at a much earlier age of 35 to 40.

“When leaders encourage employees to voice themselves and include them in decisions, employees feel empowered to give their extraordinary best and develop more as individuals themselves,” says Joshi.

The role of a leader is to coax people to share what they think is right. It is to generate opinions from everyone in the room and weave them together to form a decision based on consensus. When individuals feel they are able to shape a decision, it builds ownership and accountability among the people.

There is a lot a leader can do — acknowledge people’s willingness to try; offer safety nets for them if they fail, by making it an option; and create comfort levels as tools of management. All these are useful in the endeavour to build a culture of courage.

What Eicher built was a fascinating ‘culture of courage’, and many successful startups are following the same now.

So what makes such a culture fascinating? Mostly the fact that it facilitates faster decision-making, self-direction and focus on the output, rather than the process. However, there is one crucial element, spawned by open communication among colleagues — a culture of courageous activity. Members of a startup have to be courageous and willing to communicate openly to be able to grow as people and as an organisation. It is essential for the organisation as well as the employees.

Having a courageous culture is crucial for many reasons, be it inclusivity within the organisation, efficiency of work or even innovation.

How to evaluate whether a company practices a culture of courage

Companies that lack a culture of courage will face hurdles in the form of avoidance of tough conversations, fear among the staff of speaking their minds, getting stuck in setbacks, challenges in problem-solving and a pervasive shame and blame attitude among the members. All these factors may hinder inclusivity in the organisation.

A leader working to facilitate a culture of courage, will have to be adept at excavating the unsaid from the co-workers. Courageous will not hesitate to speak their mind and provide inputs.

All this talk of culture may tend to sound lofty. However, a culture of courage can actually be built without going through the difficult task of designing core values, a vision or a mission statement.

Ramesh Mitragotri, CHRO, UltraTech Cement, Aditya Birla Group, says that managers need to encourage employees to develop leadership from within by allowing them to speak their minds. This way, small units within the organisations become self-sustainable, are able to take risks and deliver immediate results. “Having a culture of courage is not merely a good thing to have, but a must in organisations today,” opines Mitragotri.

The way forward is to focus more on interactions, which imply a willingness to listen to criticism without resorting to rebuke, allowing employees to try and fail, and most of all, trusting their ability to deliver.

How does it start?

At the people level, which includes the members of an organisation from the top to the bottom, it begins with speaking up.

Speaking up for oneself and putting forward opinions and inputs without fear is the beginning point. At the same time, it is pertinent to mention that it needs to come from the top. For people down the ladder to speak their minds, the senior leadership need to be willing to listen. Only if they are okay with their decisions being critiqued and there is no retribution for the employees for doing so, can the pace pick up at the bottom.

“When leaders encourage employees to voice themselves and include them in decisions, employees feel empowered to give their extraordinary best and develop more as individuals themselves.”

We, as a society, have been overly conscious of hierarchy and it shows in our behaviour that shows a natural inhibition to speak up. However, across organisations and in the society as well, such barriers are being broken. Speaking up may be risky in the wrong environment, but it has its own rewards as well.

At the organisational level, courage can mean breaking away from the rut and experimenting in a new direction. If we think about the Tatas and the Birlas of the country, we find that they all had the courage to branch away from their core business and expand into a line that was previously not their own.