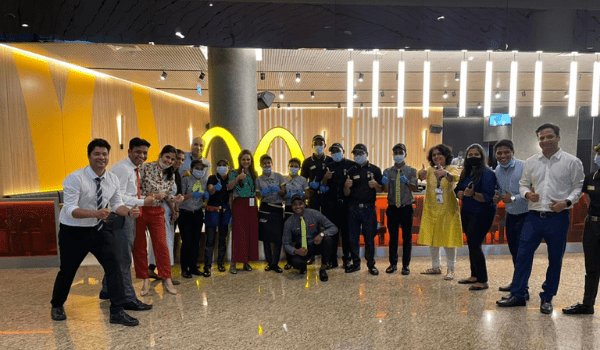 Every company has its own style and philosophy when it comes to the management of people. Westlife Development, the company which owns and operates McDonald’s outlets in South and West India, believes in building leaders and talent from within the organisation.

The Company has over 300 restaurants and more than 10,000 employees at the stores and their corporate office in West and South India.

As per Mathur, McDonald’s has been following the strategy of building talent internally for a very long time now. It has always worked for them. Mathur explains that the systems, processes and the kitchen operations at McDonald’s are unique and totally different from the other players in the QSR (Quick Service Partner) industry in India.

“The way our kitchens and systems operate at McDonald’s is way different and unique. We can only trust our internally-developed talent to manage these,” Mathur clarifies.

It is interesting to know that McDonald’s believes in long-term talent-acquisition plans. In other words, it prefers to hire people for the long term, be it for the corporate offices or for the stores. That is why, the Company has many cases where its senior leaders started their career at the lowest level and managed to climb up the ranks at McDonald’s. In fact more than 20 per cent of the Company’s senior leadership and functional heads comprise people who started as crew members at the store. 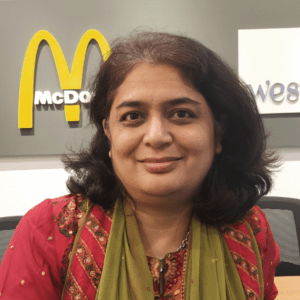 “An organised career map or path is laid out for all the talent possessing the potential, and they are trained in specific skills to take up higher roles in the future”

On an average, McDonald’s hires in triple digits every year at the stores. While hiring, the Company does not focus much on technical skills but more on behavioural skills. That is why, at the time of hiring freshers, psychometric tests are conducted where the company looks for leadership behaviours and customer centricity as the main core.

McDonald’s has a 34-day onboarding process for every new hire. Once the onboarding is completed, talent with potential from the stores is identified and further trained to take up managerial roles. They go through a 27-month training process where they are reviewed frequently, every month. The Company has a fairly structured and organised succession-planning process where it trains managers keeping in mind the number of stores it plans to open in different cities.

“An organised career map or path is laid out for all the talent possessing the potential, and they are trained in specific skills to take up higher roles in the future,” shares Mathur.

The QSR takes pride in the fact that employees who move out of the Company are very well regarded in the retail industry, since they are so well groomed. The Company claims that retail industry players love hiring people who have worked for McDonald’s.

In a world where talent is so volatile and moves from one company to another in a very short time, it becomes rather difficult to create that ‘stickiness’.

Mathur states two main reasons why the Company has been able to create this much wanted ‘stickiness’.

Growth: One is the robust career plan and growth that it offers to people. This creates a value proposition for the talent to stick around and grow.

Culture: The other reason is the culture of the Company. “The focus has always remained on creating a safe culture where people are cared for,” shares Mathur.

The company has been able to create a culture which is safe, for the customers as well as the employees. The women working at the stores feel comfortable and protected, and employees at the outlets often call their family members to show them around their workplace.

Mathur also shares that at every store, they have a crew room where crew members can rest and have their meals in peace.

Most importantly, Mathur points out, “people feel secure working with us”. While the hospitality and retail and QSR space experienced significant downsizing and witnessed massive layoffs, McDonald’s did not lay off a single employee during the lockdowns. Rather, it took care of their vaccination and health.

Why first day of period leave may not really be a...

SAP launches flexible benefits for its employees in India